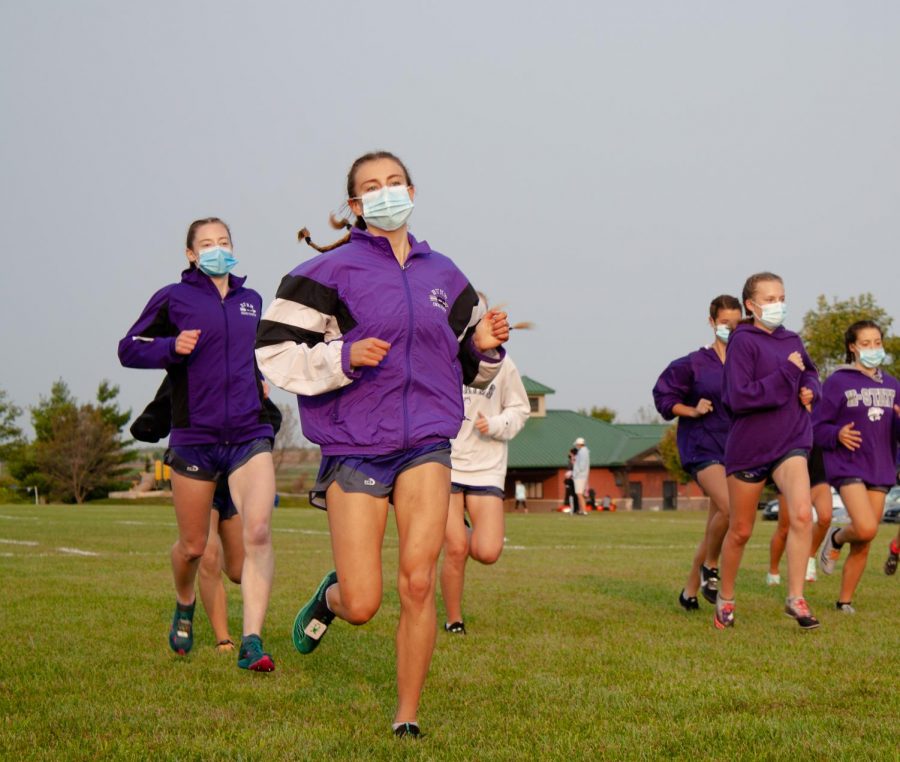 After a change in head coaching for the team, the cross country runners had some adapting to do. Last year was Ian Frazier’s last year as head coach. Now, Elizabeth Warren has stepped up to head coach after being an assistant for four years.

Warren said Frazier taught her many strategies, workout plans and philosophies to carry on with the team. Warren said she believes this will be another successful year after seeing the dedication her runners put in during the summer.

“We have a big group of leaders this year. I know that they’ll work hard at practice, they always do, and really push to have a great year,” Warren said. “I’m very happy with the practices we’ve had already and I’m so excited for the season.”

With many strong runners graduating last year and a change in coaching, the team hopes to work together and become stronger. The beginning of this year’s practices has looked a little bit different than they have in the past. Senior captain Drew Mason said the team’s first week of school practices has been changed due to the extreme heat.

Mason said that running is already so mentally challenging, it’s nice to be able to stay out of the heat for a while.

“We have three choices now. There’s morning runs with a [fitness] watch, going on the treadmill at the gym, or we can use the fitness center.”

Mason said the team has high hopes for the season and they are looking forward to working hard to accomplish them.

“We obviously want to qualify for state as a team, and we each have personal goals,” Mason says. “I’m ready to see how it turns out, I think we’ll all do really well.”

As new leaders step up, and the season progresses, the BVNW cross country team is prepared for many upcoming accomplishments.