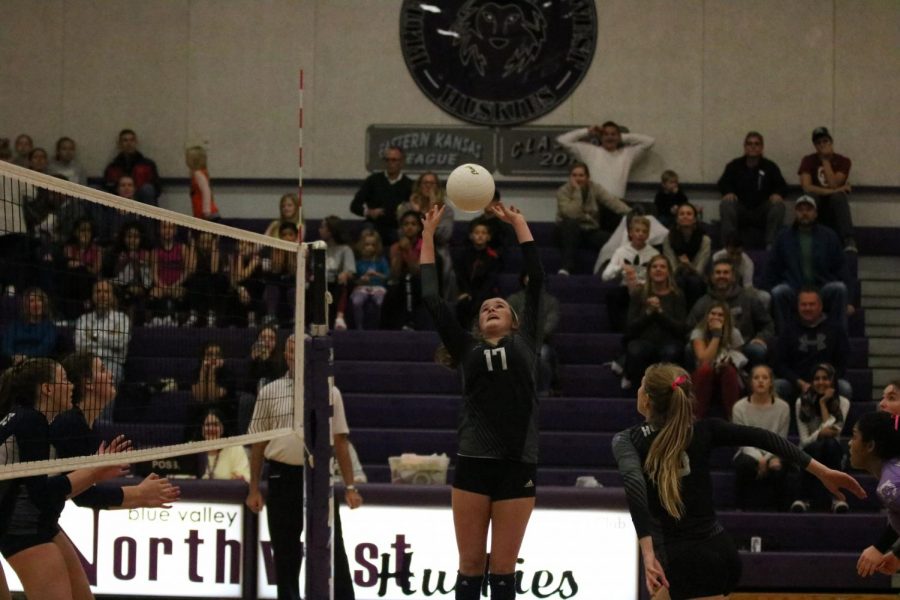 Senior Camryn Honn sets the ball during the game against Blue Valley North on Oct. 12.

After a rough start last season in only making it to substate, both varsity captain Meiko Pearson and coach Molly Haggerty said they hope to lead the Huskies to a state championship.

“If all of us can figure out how good we are, not individually, but as a team, I think we can go a long way,” Pearson said.

Over the summer, the volleyball team worked out together, figuring each other out, and becoming a team as a whole. Pearson said the summer was a time for her to workout with the team and for the team to develop trust within each other.

In the upcoming season, Haggerty is ready for success on the court, and is not afraid of running into failure this season.

“I have some really high expectations that I’ve already put out there in front of them,” Haggerty said. “I really want them to feel OK with setting the bar high and not being afraid of failure.”