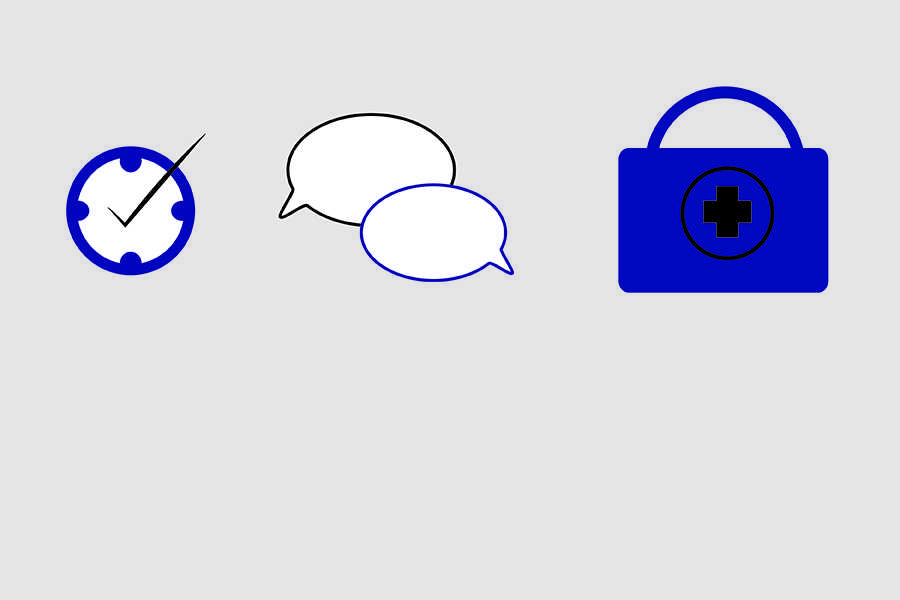 Three staff members allow a glimpse into what their job entails and what draws them closer to the students they work with.

While the basic level of faculty-student interaction is between teachers and their students, students come into contact with other faculty throughout the day at Blue Valley Northwest. From entering the building to getting their injured leg taped up at the end of their practice, students are allowed opportunities to interact and form bonds with these faculty members.

Students and teachers open up about how these bonds form below.

After being at BVNW for two years, counselor Jacelyn Miller said she has gotten the chance to figure out how to best help students. She said she has many roles to fill, but her favorite is the role of a counselor for students when they are experiencing social and emotional issues.

“A kid can come walk in and be really mad at their mom that day and I’m happy to listen, or something huge could come on and I’m happy to work with that too,” Miller said. “The problems really vary; there’s really, really significant stuff, and there’s ‘I got into a fight with my best friend and need to talk it over with someone.'”

Senior Laney Breidenthal explains how her relationship with her counselor, Jacelyn Miller, progressed.

Miller said occasionally, she will not feel like she’s making progress with a student, so she refers them to a specialist. However, there are still students she checks in with in on a regular basis. To make all of her 360 designated students feel welcome, Miller said she makes an attempt to get to know each one.

“I try hard to get to know my kids and ask personal questions when we’re not in a counseling setting so they know me and they know later when they have an issue they’re more comfortable,” Miller said. “This year, I’ve tried to meet with every single one of my freshmen to just call them in and have a five minute chat of just ‘Who are you? What do you like to do? What are the things you want from me?’ that kind of stuff so that later, they know me, they can come find me and know that I’m someone they can come talk to.” 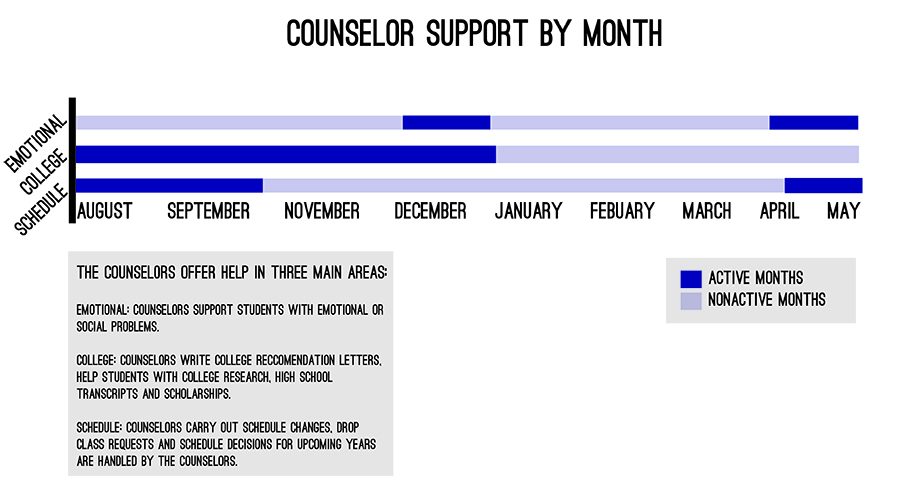 Attendance Clerk Carol Hess has checked in thousands of students coming to school late in her 23 years at BVNW, listening to their own and their parents’ reasons behind the absence and holding them accountable for the time they miss.

Hess said she forms bonds with students who are upfront about their tardiness.

“It’s a trust issue,” Hess said. “When they let me know what’s going on, I work with them. If they don’t let me know, I can’t do anything about it. I try to work with them, gain their trust. Hopefully they know that they can always come to me if they need something. That’s very important to me.”

“I get tired of dishonesty, because I’m trying to be upfront with people and if they can’t be honest with me, it hurts,” Hess said. “It’s like they think that I’m a robot. [Parents] will just tell me a non-truth about getting their kids out because it’s senior skip day or something, so they’ll lie about it. It’s kind of like a slap in the face.”

While student and parental dishonesty frustrates her and even makes her feel burned out, Hess said she understands the reasons behind the excuses. She said the reason why she’s stuck with this position is that she gets to be there for students.

Certified athletic trainer Christy Grimes works with student athletes on a daily basis to treat injuries and get them back to competing in school sports. She stays at the school through the end of every athletic practice, and attends games for all varsity contact sports as well as junior varsity football and soccer games. Grimes said she has gotten some “regulars” in the training room.

These students will come either during their lunch period, before practice or after practice. Grimes said she gets to help students through not only athletic injuries, but also personal problems as well.

“I usually offer life guidance, some counseling,” Grimes said. “[I help kids] get back on the field faster than if there was no athletic trainer here.”

Grimes said she enjoys her relationship with student athletes from every sport at the school.

“I look forward to that no two days are the same, and trying to get kids back on the field and keeping everyone healthy and happy,” Grimes said. 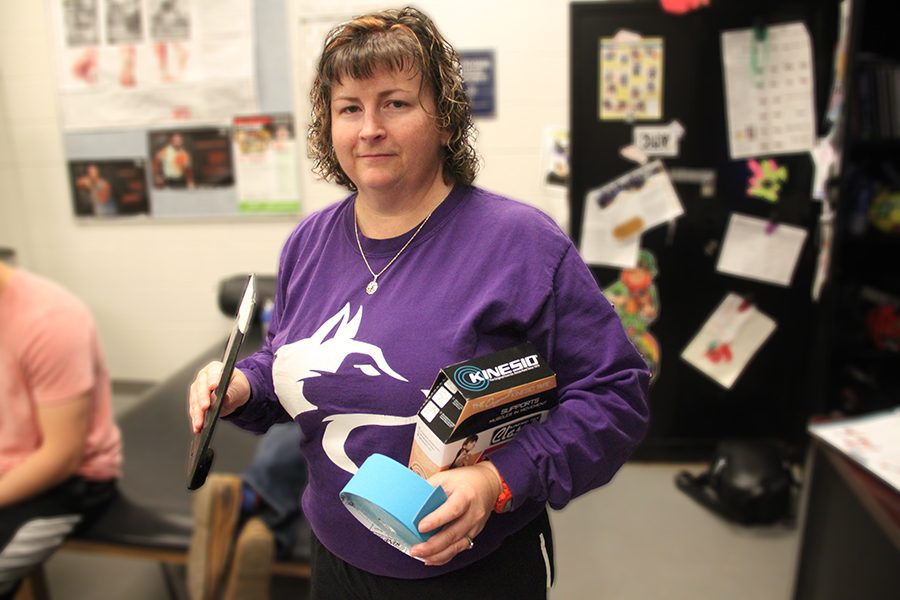