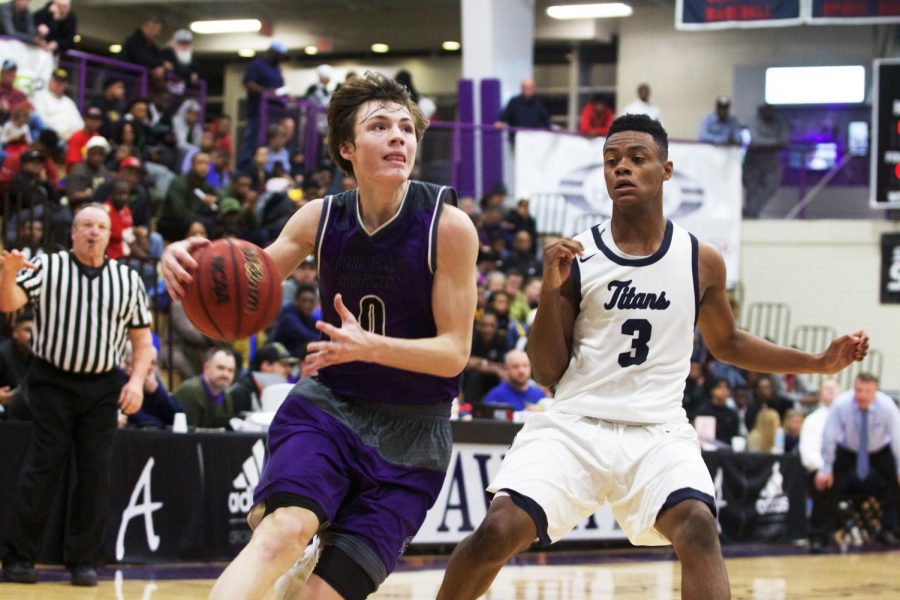 Check out a quick preview of each winter sport here. 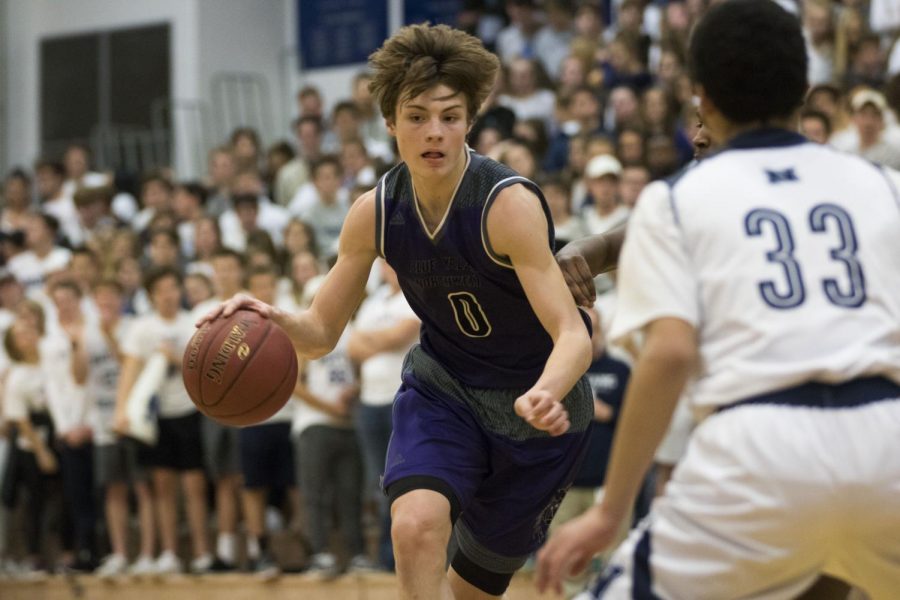 “All the new guys who haven’t played varsity, all play super hard,” Braun said. “They want to learn and are improving pretty quickly.”

With the addition of many new pieces to the varsity team, there are still several returners which head coach Ed Fritz said should help ease the transition for the younger guys.

“We have lots of senior leadership which should help,” Fritz said. “Christian Braun is a very versatile player who is a good scorer, passer, rebounder and defender. Matt Chapman got lots of experience last year [and] will be our center.”

Braun and Fitz agree that the length of the team will be the Huskies greatest strength this year as they look for a third straight state title.

“We’re all pretty tall, especially our first five guys all [being] 6’5” or taller. So that’s probably our strongest aspect,” Braun said. “I’m excited to play with some of the new guys.” 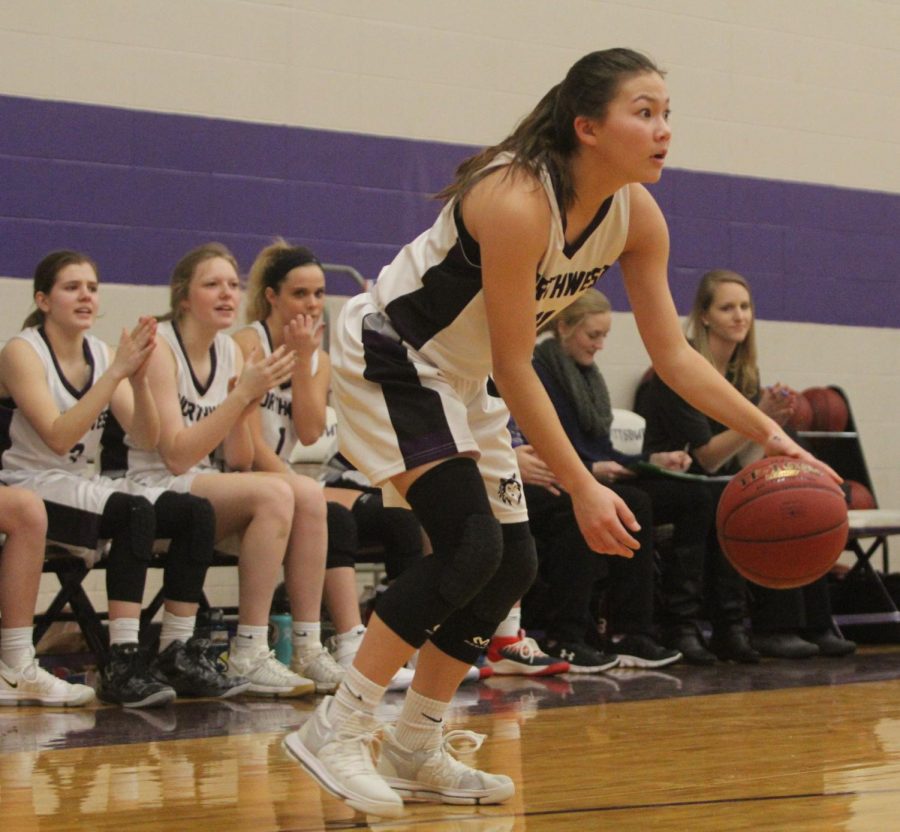 Following a 7-14 record last season that ended in the retirement of the former coach Brian Bubalo, head coach Matt Shulman is hoping to bring a new energy, getting students excited for the upcoming season. Shulman said he is optimistic after tryouts and believes that the girls can earn a better record with improvement.

“I think there’s improvements we have to make,” Shulman said. “[But], with our varsity squad, I’m very impressed just after a day to see how talented we are.”

Senior point guard Haley Shin said she feels optimistic about the team’s ability. Shin believes the team has a strong bond that will help them work together to win games.

“I think that the fact that we’re going to be able to know each other well and work together well will work for us,” Shin said.

“Last year, we didn’t have the best season,” Shin said. “We’re just going to learn from some of the stuff that didn’t work last year and bring it in to hopefully win some games.” 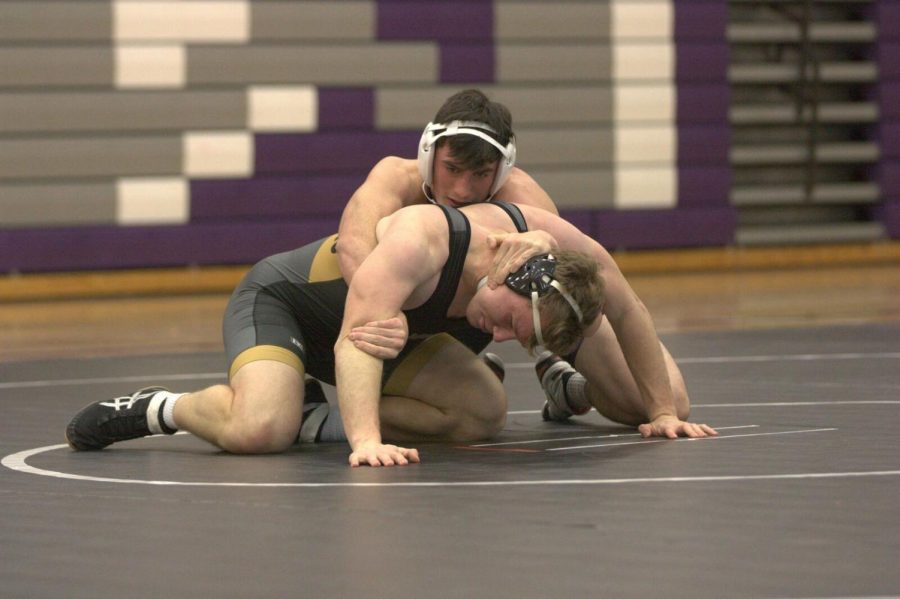 Sophomore Caiden Casella wrestles in a meet on Dec. 13 at Blue Valley.

With the majority of last year’s varsity team graduating, the Huskies will be fielding a younger team for the upcoming season. Senior captain Payton Potts said even though most of the team consists of underclassmen, he has hope the team will be a good competitors.

“Our team is young and I don’t think a lot people are expecting us to be very good,” Potts said.  “I believe that we are going to shock a lot other teams at tournaments and duels.”

Setting high expectations for himself this season, Potts said wants to be a ranked wrestler and to have successful season.

After one of the most successful seasons for the wrestling program, Head coach Tim Serbousek said that he expects the seniors to be role models for the other younger wrestlers.

“Just leadership qualities,” Serbousek said.  “Leading by example, leading by compassion [and] leading vocally. Everything a true leader does, our seniors are classified in that group.” 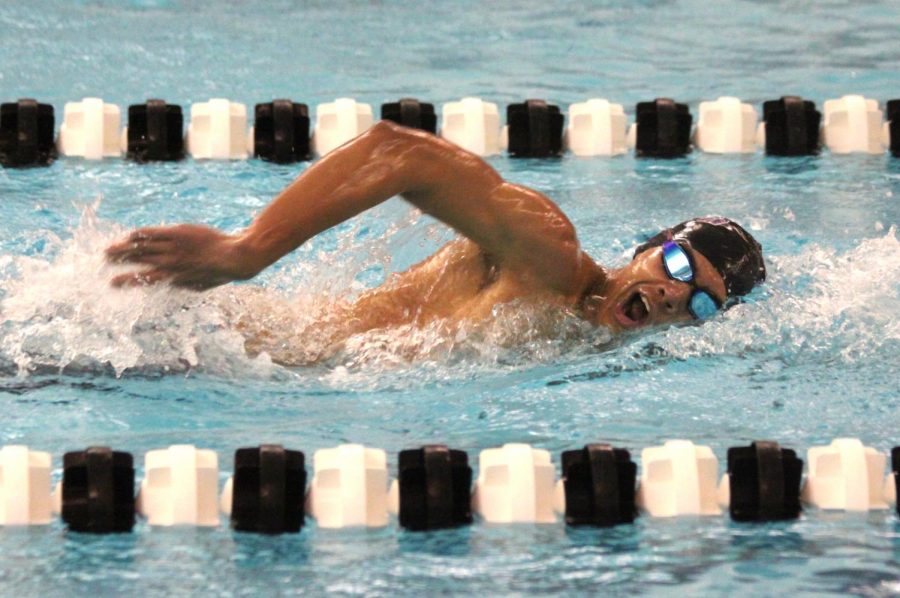 After placing third at state last year and losing the strong senior leadership that encompassed almost half the team, swim coach Kyle Farrington says he is excited to hit reset and give this year’s senior leadership the opportunity to establish the strong team culture and supportive family atmosphere that he believes is an integral part of successful performances.

“While it will be pretty tough to live up to the expectations that were set last year, I think [the swimmers] are going to be surprised by how strong of a team they actually are,” Farrington said. “Not only do we have a bunch of really strong returning swimmers, but I think their leadership will go a long way towards developing our team and making us stronger.”

Senior JP Larson says that though the team may have lost some of the speed they had going into last year, he thinks the team has a lot of potential and room to grow because of all the new swimmers. Like Farrington, Larson also said what this year’s team may be lacking in experience, it makes up for with its supportive team environment.

“Our team strength is definitely our family atmosphere, how we’re all brothers and kind of look out for each other,” Larson said. “We make sure everyone is doing their part [and] we don’t leave anybody behind.”

According to Farrington, everyone on the dive team is relatively new, not just to the team, but to the sport. Farrington and senior diver Alec Weber said their ultimate goal for the season is to send at least two divers to state.

Farrington believes the key to both teams maximizing their potential and reaching their goals is to maintain an encouraging and social community in and out of the pool.

“[The swimmers are] going to do a good job of not only making everybody feel welcome in the pool area, but then also pushing people and holding people accountable for delivering the best practices they can,” Farrington said. “I think [team chemistry] directly contributes to good swimming” 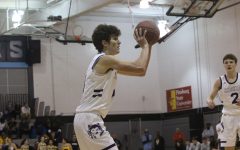 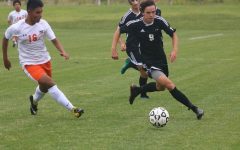 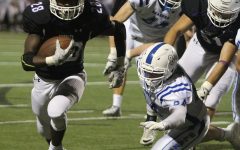 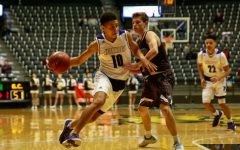 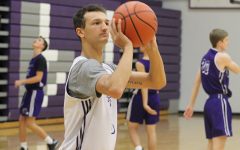 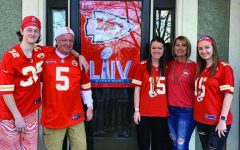 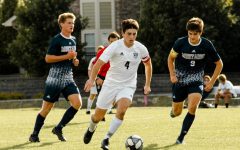 Vancrum takes Midfielder of the Year, Pollack takes Coach of the Year for the EKL 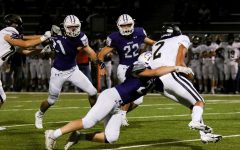 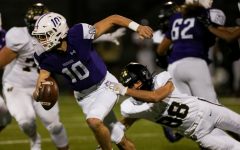 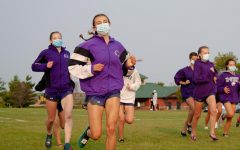