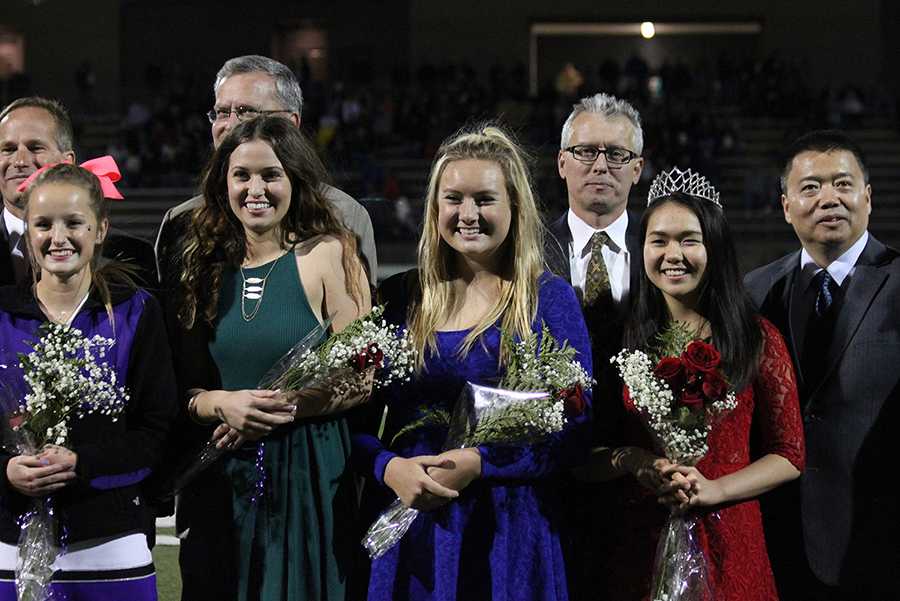 The road to Sweetheart

Although the annual Sweetheart dance takes place Feb. 20, much preparation goes in prior to the evening. StuGo manages decorations and spirit week, and dance attendees plan their outfits and the way they ask their dates. Take a look at the different ways students travel down the road to Sweetheart. 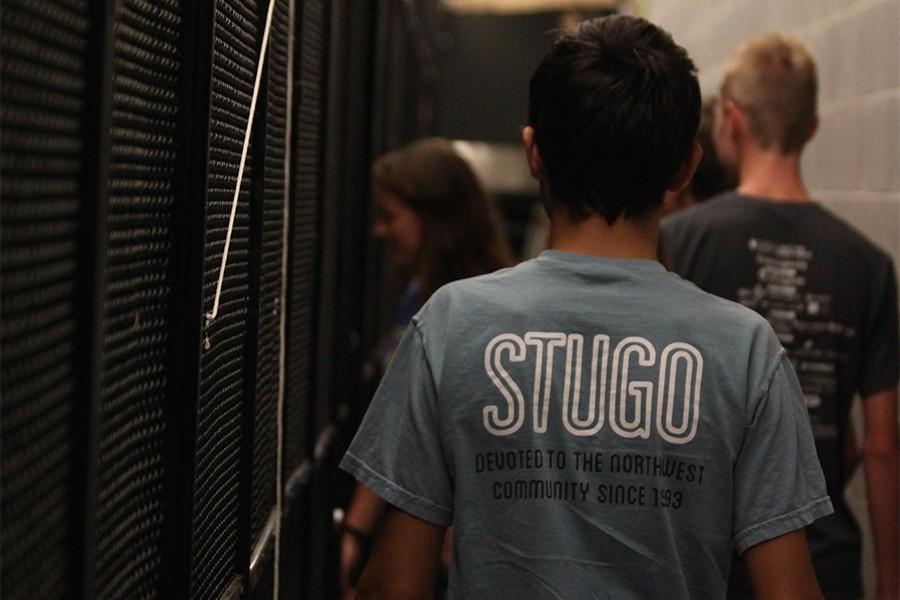 Class of 2016 Secretary Arman Alhosseini walks in the cage during Homecoming spirit week, where decorations are stored for spirit week.

StuGo manages the decoration of the school for the Sweetheart dance and for spirit week. Executive and grade level StuGo members discuss their responsibilities.

Behind the Sweetheart scenes lies an army of dedicated officers. BVNW StuGo plans and organizes the Sweetheart dance and its preceding spirit week annually.

The themes of each spirit day and of the dance were announced today, along with the dance’s theme: “Around the World.”

Derks said StuGo executive board members brought their ideas to administration for approval prior to winter break as well.

“I try to put the onus on them to come up with ideas and then I lead them into ‘Okay, so how would we decorate for that,’” Derks said. “Trying not to squash their ideas but give

Aside from planning themes, StuGo also deals with decorations for spirit week and the dance itself, selling tickets and tallying points for the grade level spirit competition. Derks said the executive board relies on the individual grade levels’ officers and representatives to carry out those tasks.

Class of 2018 sponsor Megan Geenens said each grade level is responsible for buying their own decorations for locker areas and the main staircase during spirit week.

“I do send out an email to the sophomore class and parents listing things that we need donated,” Geenens said. “Sometimes we’ll probably go have to use and take money out of the account to buy decorations if we’re lacking in them.”

Geenens said another responsibility she takes on as a class sponsor is monitoring spirit skits each morning of spirit week.

Derks said the executive board coordinates decorating the Sweetheart dance, and each grade level deals with locker area and main staircase decorations.

Executive treasurer and senior Blake Shadwick said decorating for the dance is a time when all of StuGo gets together to assemble the evening’s decorations.

“During Homecoming, we offered three different times (to decorate) and you only had to show up to two,” Shadwick said. “When the big group gets together and we have 40-plus kids in StuGo, [decorating] goes pretty fast. It’s fun, we all enjoy it, we’re all friends so it’s not a big deal.”

Shadwick said the time-intensive spirit week is a lot of work, but worth it nonetheless.

“It’s crazy but it’s fun because you get to see it all pay off, and hopefully everyone enjoys it,” Shadwick said. 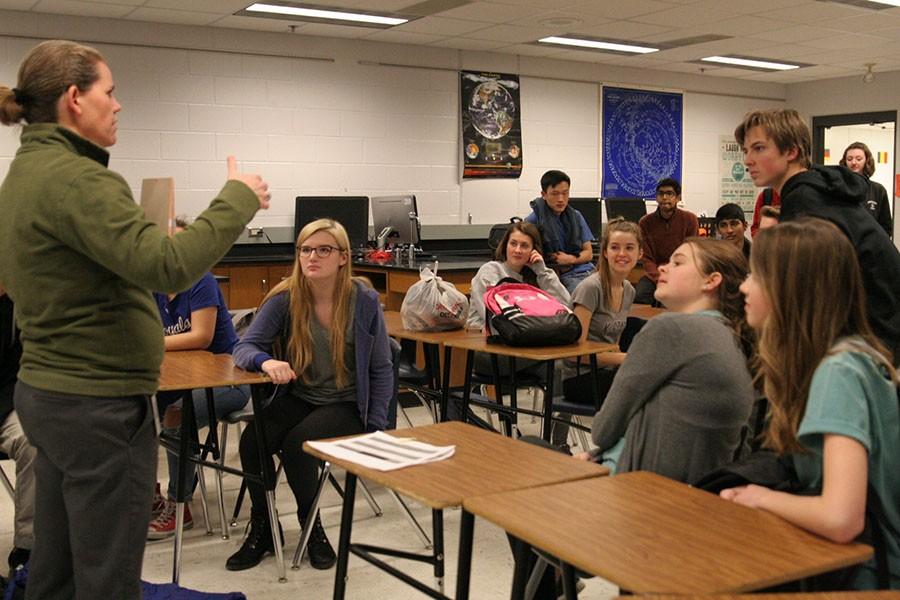 Asking to the Sweetheart dance

Unlike other school dances, girls traditionally ask their dates to the Sweetheart dance. Students share the creative ways they asked or were asked this year. 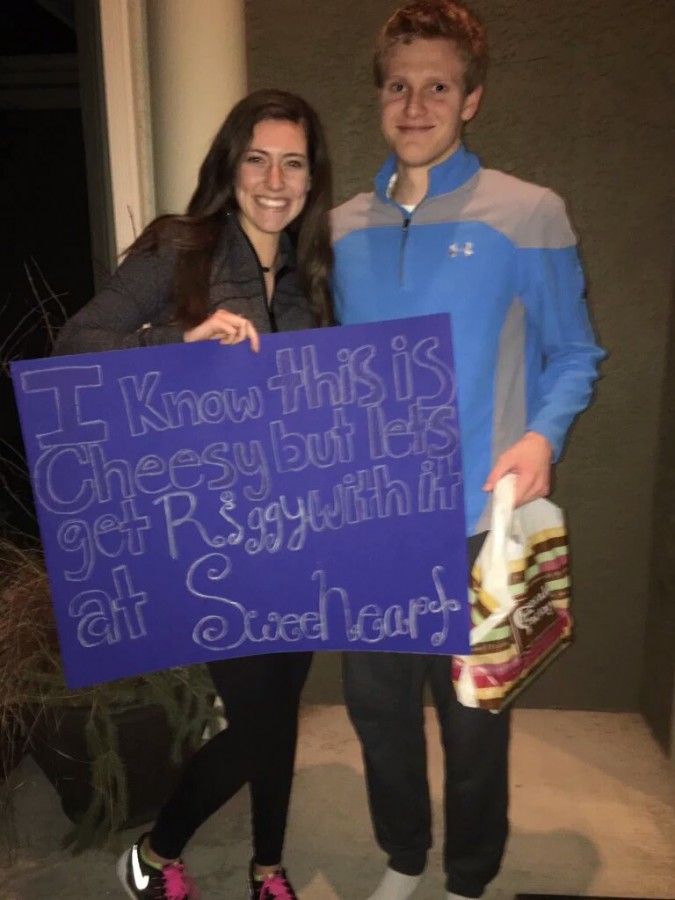 Gallery|5 Photos
“I got a cheesecake and said ‘I know this is cheesy, but let’s get riggy with it at Sweetheart.’ His whole family came outside.” sophomore Gracie Horton (photo courtesy of Horton) 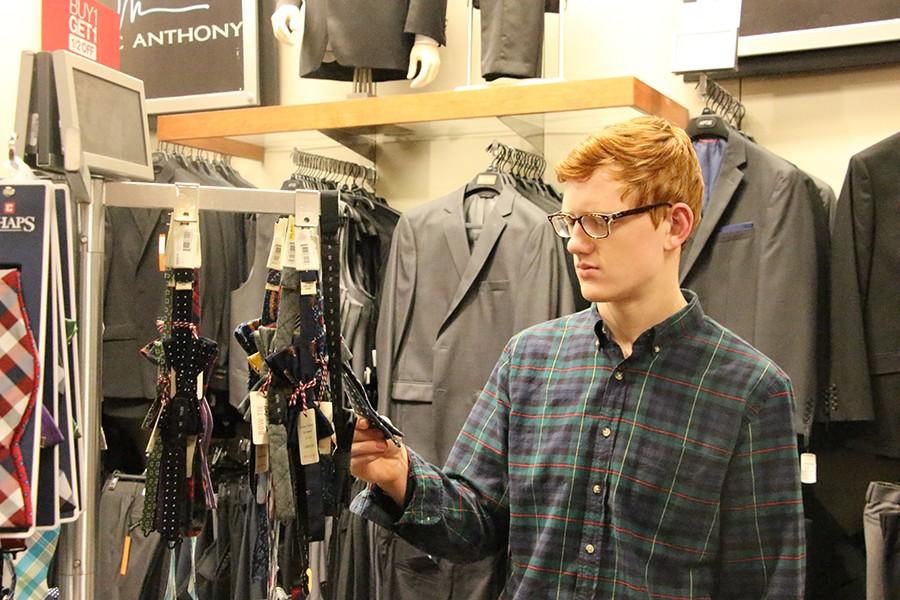 Senior Joey Mitchell shops for Sweetheart gear prior to the dance.

Students discuss the planning their groups put in to the dance, from dresses and suits to dinner and after parties.

With the Sweetheart dance approaching Feb. 20, students attending the dance are beginning to get ready for the evening. Planning for the dance requires more than simply choosing an outfit – it requires coordination of when and where the group will be taking pictures, eating dinner and going for the after party.

Seniors Lauren McGrew and Joey Mitchell will attend the Sweetheart dance in the same group this year.

McGrew said she begins to think about who she wants to ask and how around two weeks prior to the dance. More often than not, people will also put a good deal of effort and time into how a person will ask their date to the dance.

“Usually, I just start to think of a few people who I would like to (go to the dance with),” McGrew said. “I ask my friends what ideas would be a good (way) to ask a certain person. It depends on who I’m asking and what their interests are.”

To decide where the group will take pictures, eat dinner and go for the after party, McGrew said people typically make group messages to organize things. She said her group usually decides on a restaurant a week in advance for reservations and whoever volunteers will commonly host the after party.

McGrew said preparing for the dance for girls is often a day-long process.

“Usually, I’ll go get my nails done in the morning,” McGrew said. “Then I’ll have all of my friends do my hair and makeup and it’s basically a whole day process.”

On the other hand, Mitchell said preparing for the dance only takes a couple hours.

“Usually I iron my shirt, make sure my suit is pressed,” Mitchell said. “I take a shower. I get all my stuff for the after party ready. I get my car cleaned out so it’s not gross when I drive people.”

The two seniors said that they usually spend roughly 30 to 45 minutes at the actual Sweetheart dance. Mitchell said the group will not stay long at the dance because of school’s new lighting system and will head to the after-party afterwards.

“With the renovation that (the school) did, there’s one out of the four lights that they can’t turn off on every little square,” Mitchell said. “So it’s really bright in there and it’s kind of awkward…so nobody stays for very long anymore.”

According to the two seniors, the after party is one of the night’s best moments simply because all their friends are together in a more relaxed and fun setting.

As a senior, Mitchell said he has been to a lot of school dances and has had his fair share of good and bad experiences.

“One time I got asked to a dance by a girl who I had said a total of 10 words to, maybe,” Mitchell said. “That was really awkward because we didn’t know each other at all. It wasn’t that bad, it was just really weird, like, ‘Why did she ask me?’”

On the other hand, Mitchell said guys worry a lot less about the planning and as a result have a much better time.

“Even for Homecoming, when the guys are supposed to plan it, the girls always end up planning it,” Mitchell said. “They’re always freaked out about their dress and their heels and all the girl drama stuff.” 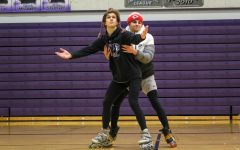 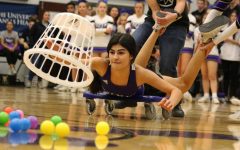