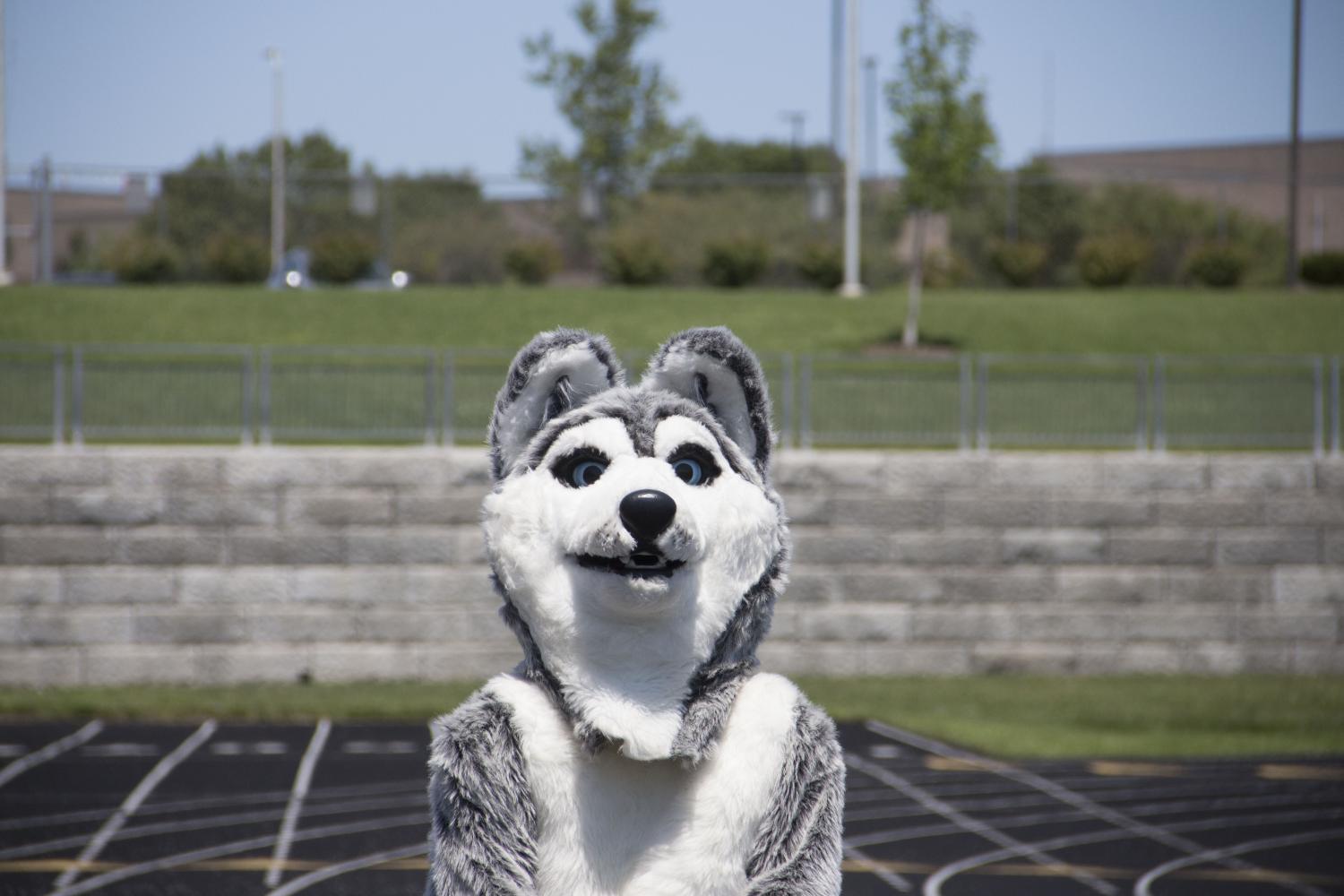 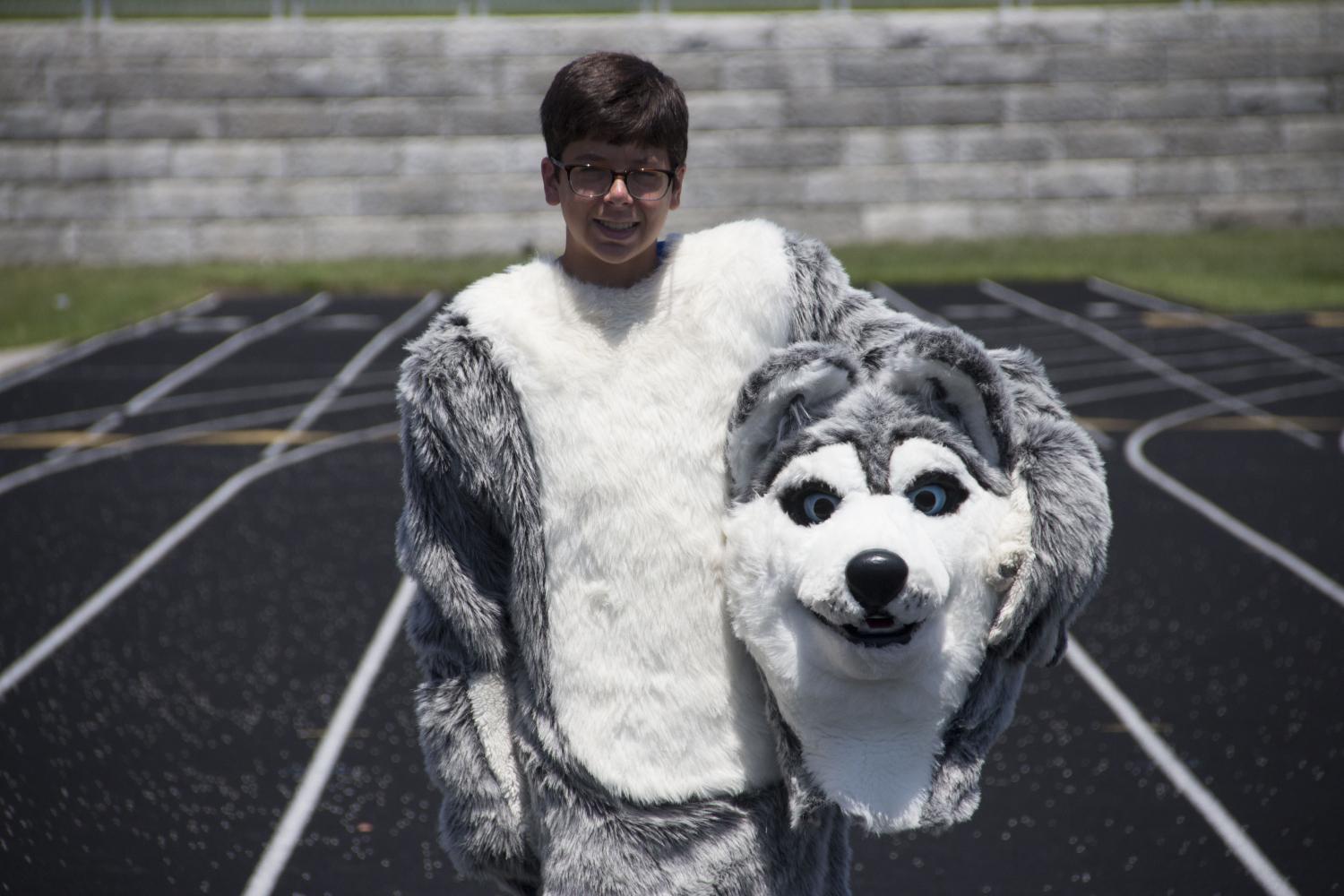 Gallery|1 Photos
Ellen Bruce
Freshman Christian Chamberlain poses in a mascot outfit and stands in the DAC track where he practiced every Wednesday morning during the summer.

Three Husky mascots walk out onto the gym floor and begin performing their hard-practiced dance routine. Immediately, students’ faces light up with smiles and laughter. They feel a sense of school spirit and joy from the mascots. This is mascot coach Jeanna Repass’s vision for the mascot program at BVNW this year.

“If you were to come to one of our practices, you’d probably hear me say ‘spirit’ a hundred times…that’s my number one goal is that people feel that sense of pride about being a Husky, they feel happy when we’re out there and they’re excited to cheer on our team,” Repass said.

This is Repass’s first year as the BVNW mascot coach, and said she has brought new changes to the mascot program, some of which are more strength and conditioning at practices and sign-flipping.

“We’re having a lot of fun, [the mascots] are going to be much more exciting and engaging with the crowd, and I think it’s going to make people not only laugh but feel really happy,” Repass said. “We hope we make people smile a lot.”

Freshmen Christian Chamberlain will be one of the mascots this year. Chamberlain said he decided to try out because he thought it would be a fun activity.

“[Tryouts weren’t] painstakingly hard, but it was a little challenging considering that it was a new thing that I’d never done before,” Chamberlain said.

Try-outs consisted of a choreographed dance, sign flippings, a pantomime, a dance interpretation of a song, a question and answer session and a spirited entrance. Repass said she added several elements to try-outs.

“We have three of the best people to be mascots, people are going to be really excited when they get to meet our mascots, they’re pretty amazing,” Repass said.

Chamberlain has participated in theater in previous years, and said the skills he learned from being on stage translated over to skills he would need to be one of the mascots.

Repass said Chamberlain’s acting experience and creativity will benefit him as a mascot.

“[Christian] has a really strong ability to interpret a character, and the mascot itself is a character, you are the spirit of the Huskies, and Christian has a great ability to do that,” Repass said. “He’s also extremely charismatic, and that will come through.”

Repass said all three students, despite never being a mascot before, adapted quickly to their new role as leaders of school spirit.

Kendra Christman, a 2016 BVNW graduate and former mascot, said the mascot program saw many changes during her years at BVNW.

“There [used to be] only one mascot, she did everything on her own,” Christman said. “We had four [new mascots] come in the next year…we all put our own ideas into choreography, it wasn’t just one person doing it, we all had a part in that, it made it more unique, a little more diverse.”

Christman and Chamberlain said mascot rehearsals are used to prepare for later events in the school year, such as football games and the pep assemblies. Being a mascot not only gave Christman a chance to perform for others, she said it also helped her to express herself.

“I use the mascot as a way to increase my confidence, sometimes it’s just easier to start something behind the mask,” Christman said. “I was fairly confident to begin with, but I didn’t let my crazier side show really in high school, but when I was the mascot I could be as fun and crazy as I wanted.”

Not only is the crowd benefited from the mascots, Repass said being a mascot helps students come out of their shell.

“It gives you the freedom to be as energetic, goofy, funny as you want to be without judgement,” Repass said. “It’s like putting on a Halloween costume and getting to become anyone you want to be, but this is something that’s going to make people smile and bring them joy.”

Chamberlain said mascoting gives him an opportunity to showcase his true personality, which is very outgoing.

“I’m mostly looking forward to just being able to be myself, and sure it’s in a big suit, but it still is just something fun to do.”

Balancing mascoting with transitioning to BVNW may pose a challenge, but Chamberlain said he is confident that he can be successful in both aspects, despite this being his first year at BVNW.

“It’s some pressure, I have to keep up the spirit even though I don’t know anything about high school,” Chamberlain said. “It’s going to be a little hard, but I’m ready.” 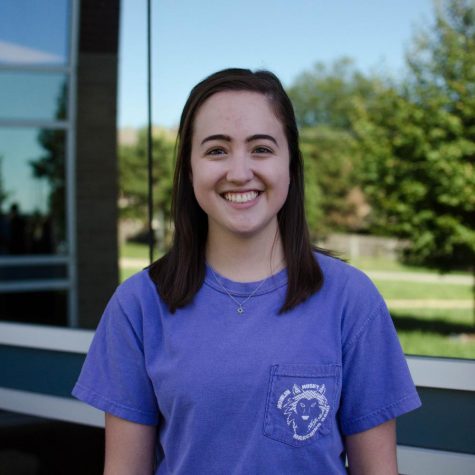 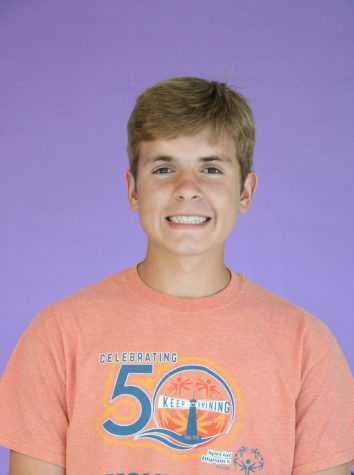 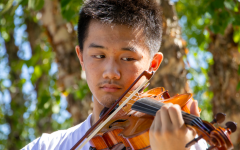 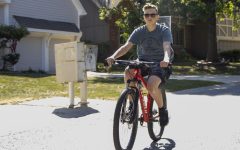 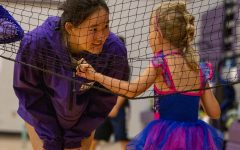 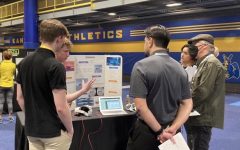 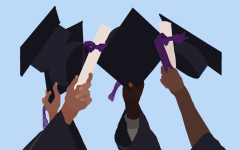 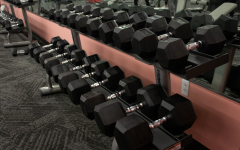