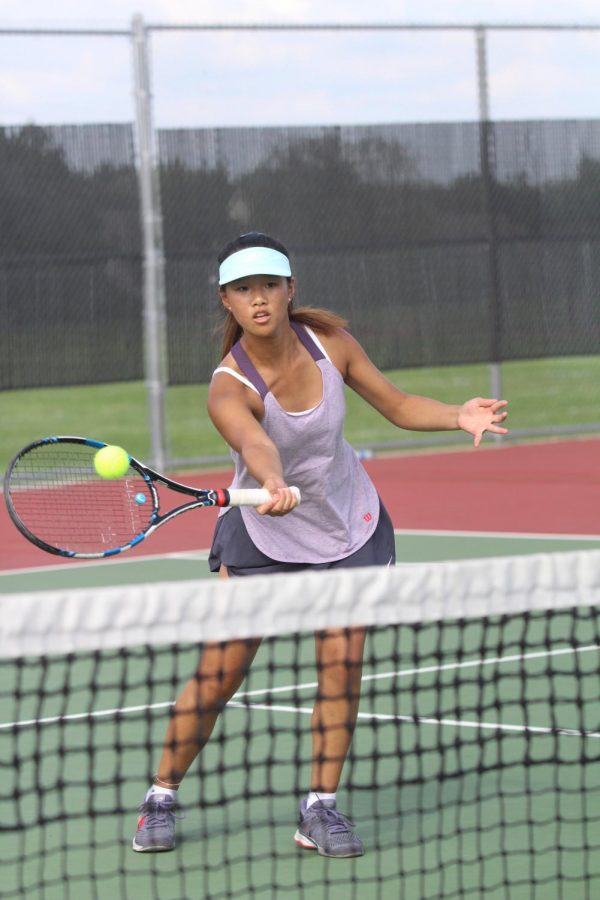 After losing 10 seniors along with long-time head coach Ted Fabiano last year, the girl’s tennis team is looking forward to a fresh start this season. New varsity head coach, Jared Fluis, was the JV coach at BVNW for five years before Fabiano left. Fluis said that he plans on combining some of Fabiano’s coaching techniques along with his own in his first year as a varsity coach.

“Fabiano used the ‘No Fear’ match principles and it is great to use not only with tennis but also with life,” Fluis said. “I’d also like to focus a lot more on the little things, like getting back to the basics.”

According to Fluis, this year’s team includes a mixture of returning upperclassmen and experienced underclassmen. After making the decision to have no cuts, Fluis said he hopes the 13 freshmen who are on the team will be able to develop while on the team. With nine seniors on the team, Fluis said he has high hopes for the success of the group.

“I really believe that the top six can qualify for state this year,” Fluis said. “We have a lot of good, experienced talent, and I think we can do very good.”

Similar to Fluis, senior captain Mia DeMarea, has high expectations for the upcoming season. DeMarea said that she expects the team to do very well this season and believes everyone will grow a lot.