Due to COVID-19, high school seniors had to adapt in order to commit to play sports at the collegiate level. 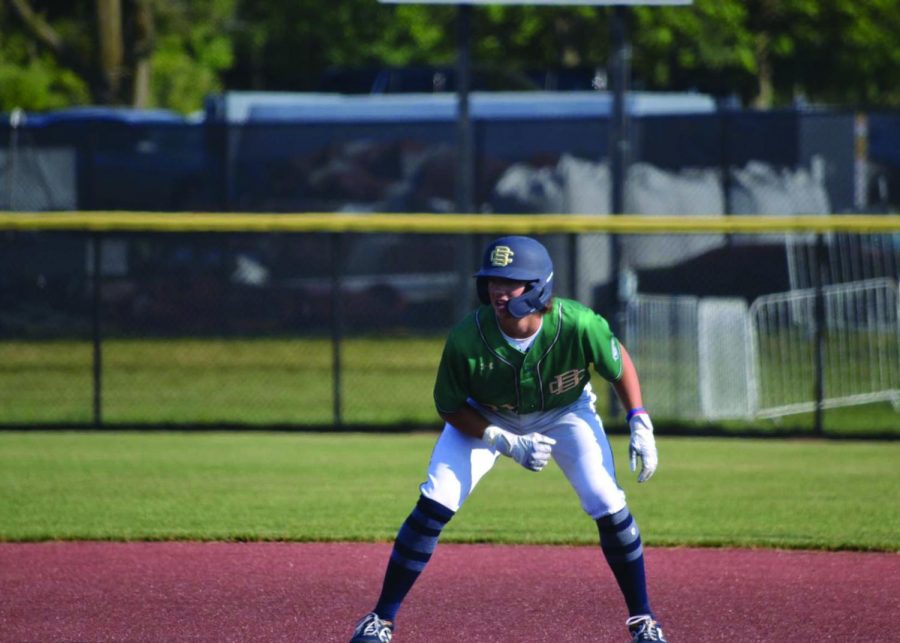 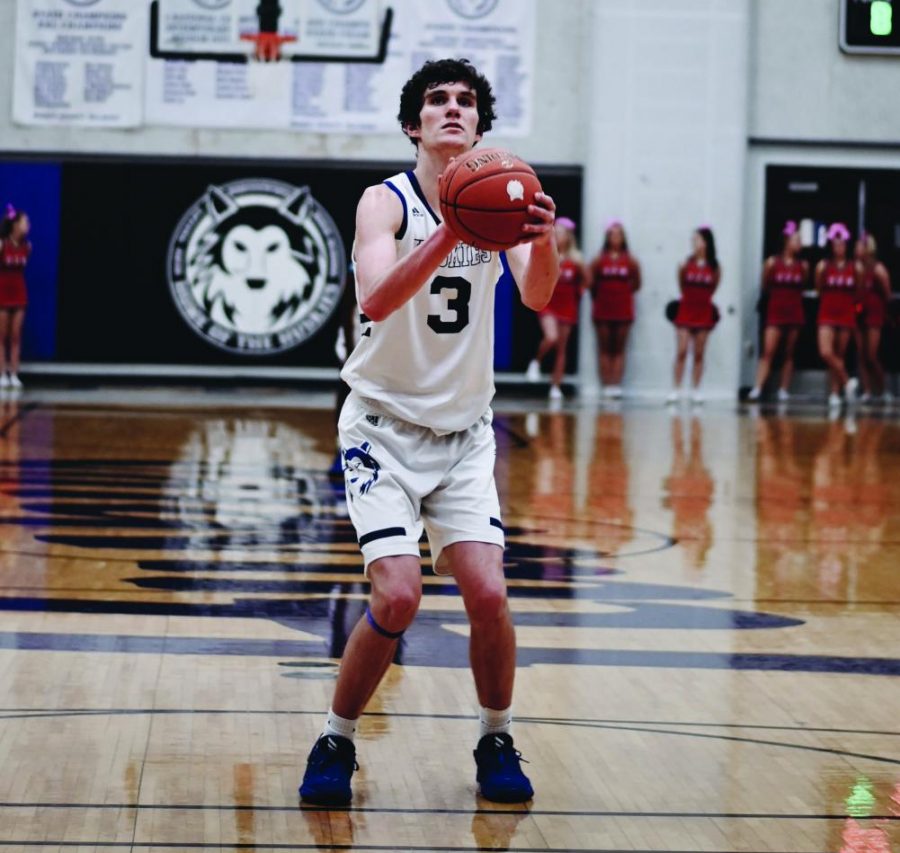 Senior Jack Chapman said basketball was a part of his life since he was four years old.
“I’ve been playing basketball as long as I can remember,” Chapman said. “It’s had a huge impact on my life and it has been something I’ve always cared about a lot.”
Chapman said he has been interested in playing basketball in college since he started playing. He said the interest stemmed from watching college and professional basketball when he was young.
“Watching KU on TV and watching NBA players inspired me to want to play on the big stage, and I’ve worked for that ever since,” Chapman said.
Chapman committed to the University of Missouri-Kansas City on Nov. 1. He received an offer from UMKC last winter and he said he got to know their coaches very well, which helped him realize it was the right place for him to continue his basketball career.
After many calls with the UMKC coaches and a campus visit, Chapman said he had no doubts and felt at home.
“All the coaches were really talkative and they were always calling me and FaceTiming me, so it was nice to know someone cared about you and that they really wanted you,” Chapman said. “I was able to visit the campus [in October] and I really liked
what I saw.”
The 6A state tournament, last March, and many summer Amateur Athletic Union tournaments were canceled due to COVID-19. Chapman said these cancellations caused him to miss out on many recruiting opportunities.
“Over the summer our AAU season got canceled and that’s where most of the recruiting comes from for college,” Chapman said. “You get to go play in different states and 20 or 30 college coaches come to every game, so that’s really where most people get their offers.”
Along with his lack of exposure to college scouts, Chapman said it was also more difficult to stay in contact with the coaches at UMKC, but he is satisfied with the outcome.
“COVID had a huge impact on the recruitment process because you can’t be face to face with coaches and it kind of killed all interaction,” Chapman said. It really slowed it down for everyone and made it harder to get offers, but I’m happy to be where I am at UMKC.”
After signing his letter of intent on Nov. 11, Chapman said he is looking forward to his senior season, and is relieved to not have to worry about recruitment anymore.
“It’s a relief to be committed because I can now focus on my senior season,” Chapman said. “I’m really excited to see what the team is going to do this year and I don’t really have to be worrying about anything personal, I just have to worry about winning another state championship.” 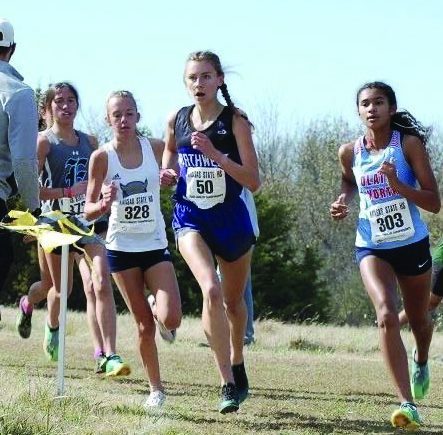 In the third grade, senior Riley Beach joined Girls on the Run, an organization which empowers young girls through running. After Girls on the Run, Beach said she lost touch with the sport for a few years before joining a club cross country team, which she ran with in middle school. Beach said she fell in love with the sport again and ran cross country along with track and field throughout high school.
Beach committed to Iowa State University in November, where she will be running cross country, along with indoor and outdoor track and field

Similar to Chapman, Beach said the recruiting process was difficult because she missed out on an important time of the year to get recruited, due to COVID-19.
“The recruiting process was really tough for me, because the junior track season, which was cancelled for me, is the most important season for recruiting for running,” Beach said. “Usually college coaches make their recruiting decisions based off of runners’ junior seasons, but I was lucky to have my senior cross country season, which helped me a lot in the recruiting process.”
Unable to take an official visit to the Iowa State campus, Beach said she relied on Zoom calls to get to know the team and the coach.
“When I got the offer [from Iowa State] it was during the dead period, which meant I couldn’t visit the campus,” Beach said. “The most helpful part of recruiting ended up being Zoom calls because I was able to talk to the coach somewhat face to face and get an understanding of the environment and attitude of the team.”

Since senior Kysen Howard was five years old, learning baseball from his dad, he said that he has worked for his dream of playing in college.
Howard verbally committed to Colorado State University at Pueblo on Aug. 20. Recruited as a shortstop, Howard went on a visit with the college.
“For me, it was out of the blue,” Howard said. “The coach there now has some really great values and philosophies. Everything just felt perfect around that.”
Before committing, Howard said he made a list of pros and cons. Traveling eight hours away with no family or parents was difficult to process at first, but after researching the program and learning about the coach, Howard said it just felt right.
Due to Covid-19, Howard said his process of recruitment was a lot different than how he thought it would be.
With many tournaments in other states getting canceled, exposure for athletes was more difficult than in previous years. Due to this, Howard said social media played a large role in his recruiting process this summer.
“Basically, my process was to make sure that all the universities could see me play,”Howard said. “I know that some people in schools aren’t able to be there to see players play, but social media was a great platform for kids like mostly seniors for their information and other videos to get out there so I had to put stuff on social media as much as possible.” 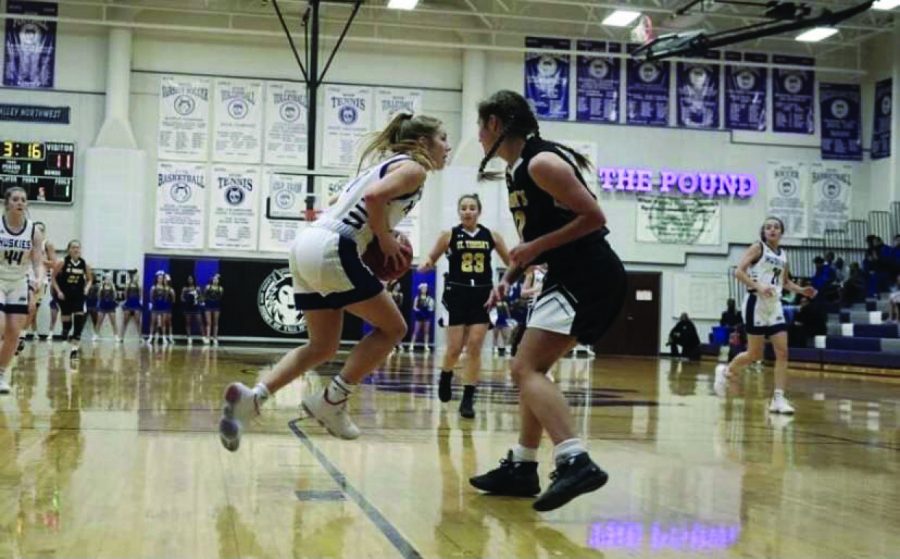 After the pandemic put senior Megan Edwards’ final high school basketball season in question, Edwards said she decided she wanted to play in college because of her love for the sport.
“I’ve wanted to play in college for a while, but I had never made the decision to until this year,” Edwards said. “After the pandemic started, I thought I might not play anymore, so I decided I wanted to play another four years since I had the offer.”
Edwards committed to Washburn University in August of this year. She received an offer from the university earlier this spring.
Edwards said she made the decision to commit after she visited the campus.
“I really liked the coach and once I saw the campus I knew I definitely wanted to go there. I know some girls on the team and they made it seem like the atmosphere is very fun,” Edwards said.
Edwards committed to Washburn University despite not meeting the team or watching games in person.

She said COVID-19 created some limitations on the recruitment process, but she was able to overcome many of them.
“The main thing I missed out on is that I haven’t met the team yet and I don’t know if I’ll be able to go to any games,” Edwards said.
Due to concerns about what her senior season would look like, Edwards said her commitment came earlier than she expected, but she said she is glad it happened when it did.
“I decided to commit before school started because I didn’t know what to expect with sports this year. I probably would have committed after the season, just in case I got anymore looks, but I’m happy with how everything turned out,” Edwards said. 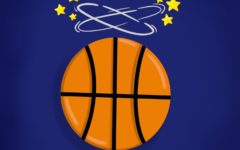 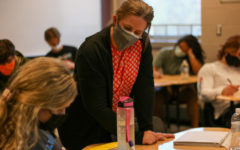 Behind the scenes of teaching 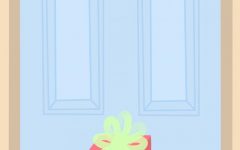 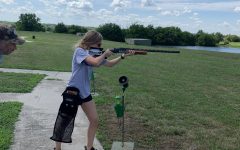 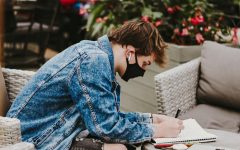 Setting up for success 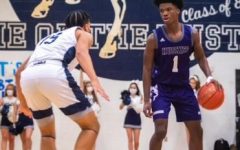 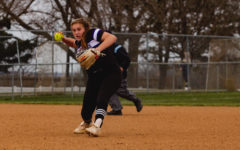 Huskies softball drops both games of doubleheader to Saints 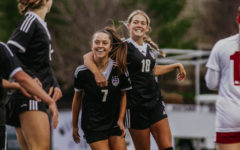 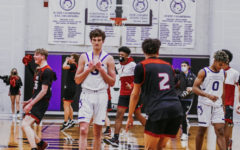