In her latest blog, Kanishka Mehra took a trip to Westport to shoot the #admireyourselfie exhibit. 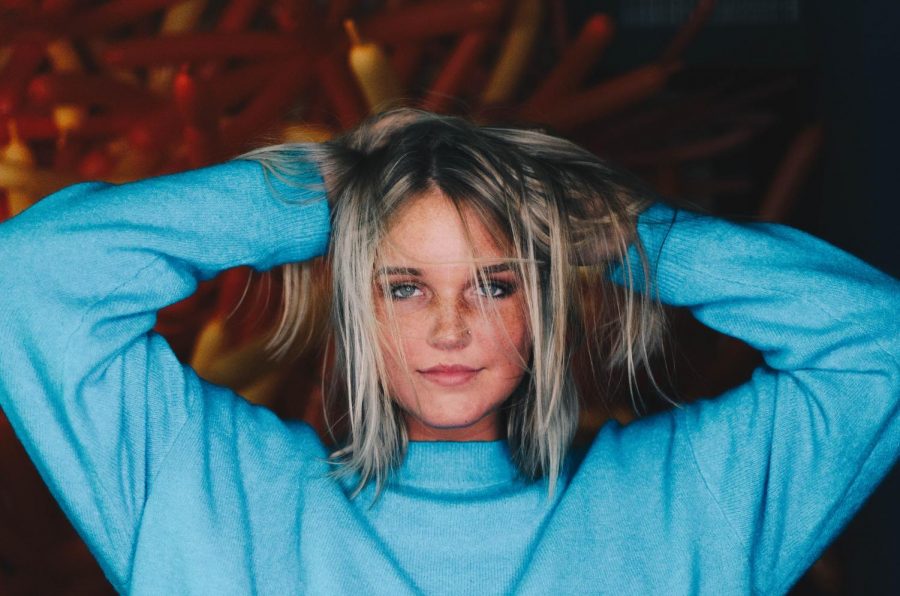 Senior Gracie Christie models at the #admireyourselfie exhibit on Jan. 10.

The creative community in Kansas City grew tremendously last year both in numbers and talent, due in part to the July 2017 launch of The KC Creatives (@thekccreatives), an Instagram collective of models, make-up artists, photographers and other artists in the Kansas City area.

In December of last year, several KC Creatives partnered with #admireyourselfie (@admireyourselfie) to create an immersive art exhibit in Kansas City. Hidden in the basement of Snow & Co. in Westport, the exhibit featured balloon art made by artist Molly Balloons (@mollyballoons), doughnuts from Doughnut Lounge and professional light boxes for the ideal selfie lighting.

The exhibit opened on Dec. 21 and gradually gained popularity through social media. I heard about it in January and wanted to check it out for myself, so I asked seniors Macey Norvell and Gracie Christie and junior Ellen Bruce to accompany me after school one day.

When we got there, we were taken aback by the ten dollar entrance fee, since there was little mention of a fee on their social media. To our surprise, the lady at the entrance offered us five dollars off, and told us we could come back as many times as we wanted to, as long as we could show a photo of us having been there before.

Despite being a cocktail bar, Snow & Co. welcomed people of all ages to the exhibit below their bar area. Upon entering, we walked down the stairs to the entrance of the selfie area, which was filled with props, people and camera equipment.

Suddenly, I felt immersed in a land of balloons, with orange and yellow balloons covering the back wall. On the left, there were two small rooms: one with strings of white and blue balloons, and another with green balloon flowers and a swing. On the right, there was a massive red and pink balloon display that filled that entire side of the room.

The remaining space was filled with lines of people waiting for their turn inside a particular display. In fact, there were nearly fifty people there, which seemed like a lot for it being 4:00 p.m. on a Wednesday.

I thought the exhibit was a unique way to bring so many creative people together, and I noticed how people customized the space to fit their style. From a photographer who matched a baby’s outfit to the balloons to a lifestyle model with a pixie cut and huge hoops, I enjoyed seeing how so many people could take photos in the same place without copying each other. There were many people who simply used their phone cameras to take photos and had plenty of fun doing it.

Although the exhibit closed that Friday, Jan. 12, #admireyourselfie announced through Instagram they will be creating more displays in the KC area in the near future. This selfie exhibit was definitely worth the trip downtown, and I’m excited to see what they will have in store for the next one.