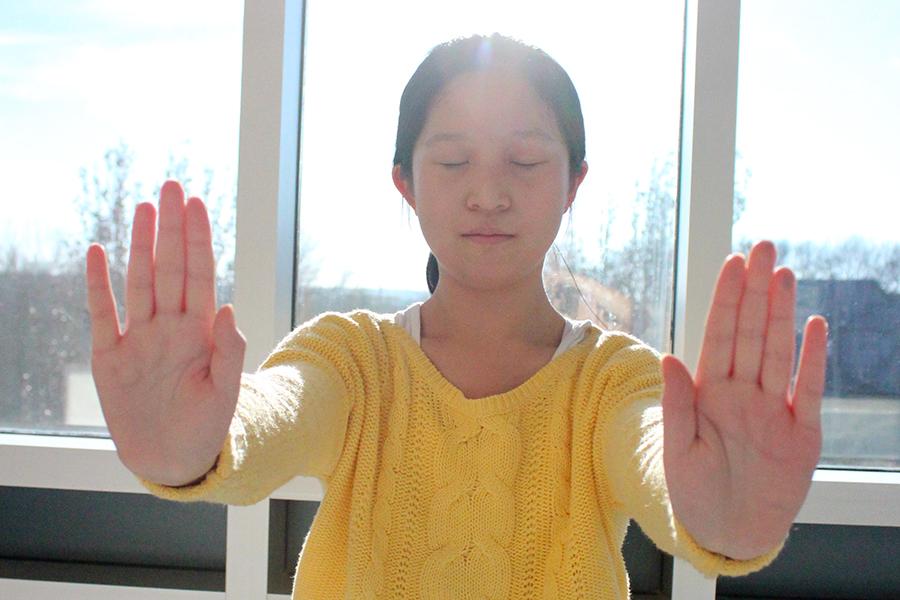 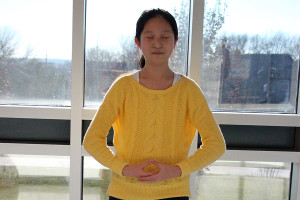 This pose prepares the body for the practice of Falun Dafa (also called Falun Gong). For the remainder of the exercises, you will feel taller and elongated. 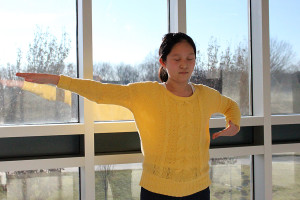 As one of the first poses in the exercise, the body’s energy channels are entirely opened through the unique stretches of the hands and elbows. 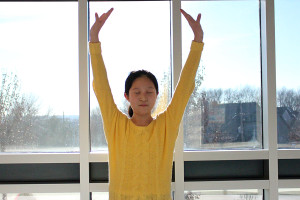 As the second part of the exercise, the meditator’s raising and lowering of their extended arms helps develop the creation of a strong energy field. 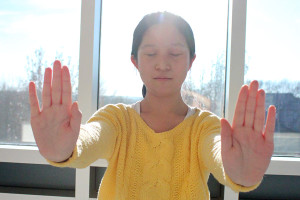 As one of the last steps in the first set of exercises, this position prepares the body for the second set, Falun Standing Stance, which increases levels of energy and awakens intelligence.