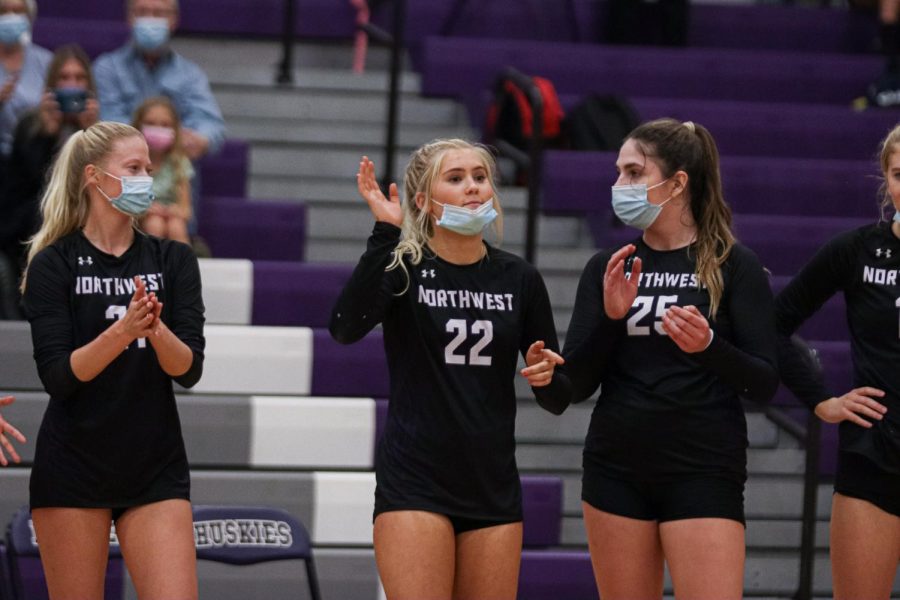 After losing the first set, 28-26, head coach Molly Haggerty said the Huskies livened up as they went on to win the next three sets consecutively.

“I think we started out a little slow. Slower than what I would have liked. We missed some easy plays, so then it’s hard to get any momentum going, but then they turned it around, so I’m pretty happy with how they ended up,” Haggerty said.

Senior Renee Liou agreed with Haggerty and said it’s important that the team plays every game with high energy.

“I think something that we need to work on is just keeping our energy consistent and high all the time. It’s tough to do as a high energy game, just playing over and over, but it’s really helpful to the game,” Liou said.

In order to avoid playing in come-from-behind situations every game, senior Ellison Gracik said the team needs to focus on getting off to a strong start.

“I think one thing that we need to improve on is starting off strong, because I feel like for a lot of games we start off a little slow, and we end up picking it up, but it makes it a little harder for us to take that win,” Gracik said.

Haggerty said the Huskies need to improve on anticipating on defense rather than reacting to the other team’s hits.

“We’re kind of ready for the balls that are coming right at us, but anything that is off speed or they tip to us, we just have to do a better job of anticipating those, versus just reacting to it, because when we are reacting we are already late,” Haggerty said.

The Huskies finished the match by winning the last three sets, 25-19, 25-19 and 25-17. Haggerty said she was proud of the team’s performance and their ability to fight back after an early deficit.

“I think their strength is that they’re super scrapy and they don’t let up,” Haggerty said.