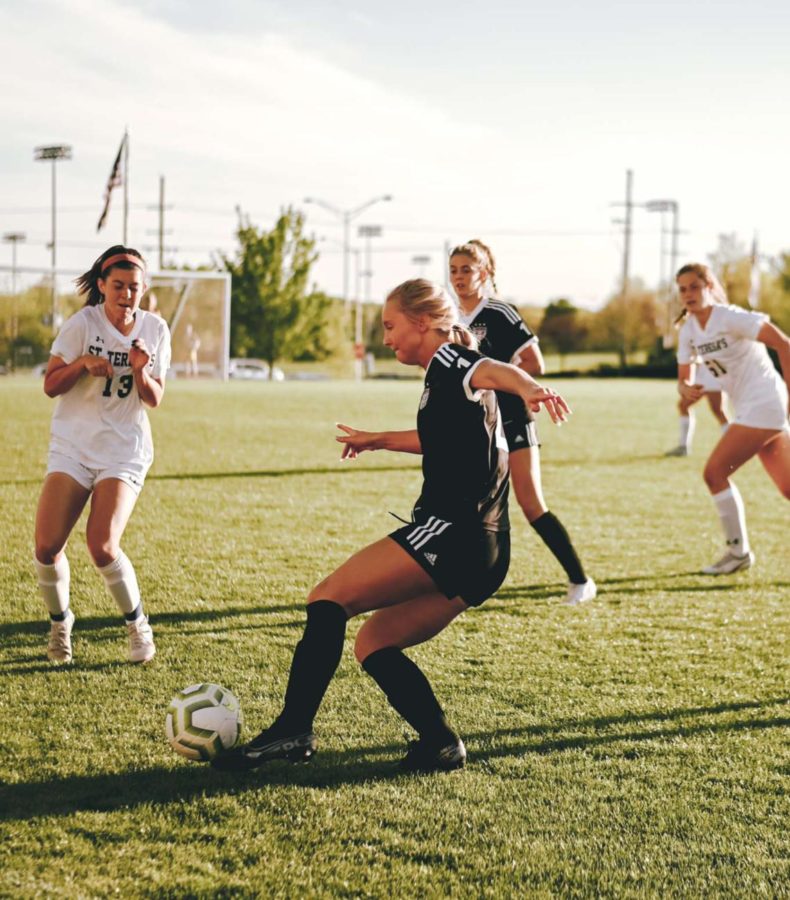 After finishing the regular season with a 7-8-1 record, the Huskies entered their regional semifinal game against fourth-seeded Olathe Northwest as a 13 seed. Head coach Michelle Pothoven said the team used their underdog status as motivation.

“We love being seeded as an underdog because we know that we’re battle tested. Our April was very tough, but it made us stronger and made us able to take on anybody,” Pothoven said.

The scoring started quick for the Huskies as sophomore Reagan Priest found the back of the net in the seventh minute. Pothoven said the team came out with great energy and that helped them build a lead early.

“Once we scored, we really started to get in it more. We already had high intensity at the beginning and we just continued off of that,” Karani said.

Shortly after kicking off the second half, freshman Isabelle De Buyl dribbled down the right sideline before delivering a cross to senior Mary Hungerford who scored a goal to give the Huskies a 2-0 lead 13 seconds into the second half. Hungerford said the goal sparked the team and gave them the confidence to finish the game strong.

“I think [my goal] boosted our confidence and energy and it made us all want it more,” Hungerford said.

With 26:13 remaining in the game, Olathe Northwest scored a goal off of a free kick to shrink the Huskies lead to 2-1. With the Huskies holding on to a one goal lead, De Buyl scored a goal with just over 16 minutes remaining, giving the Huskies insurance as they closed out the game.

As the Huskies prepare for the regional championship on Thursday, Pothoven said the team is focused on communication and quick touches.

“Our focus is doing what we do well and that is talking, pressing high and playing in one and two touch. We know if we can do that we are tough to beat,” Pothoven said.

The Huskies are set to take on Olathe East in the regional championship on May 20 at 6:00 p.m. at the College Boulevard Activity Center.