The 2020 spring sports season has been canceled by KSHSAA. 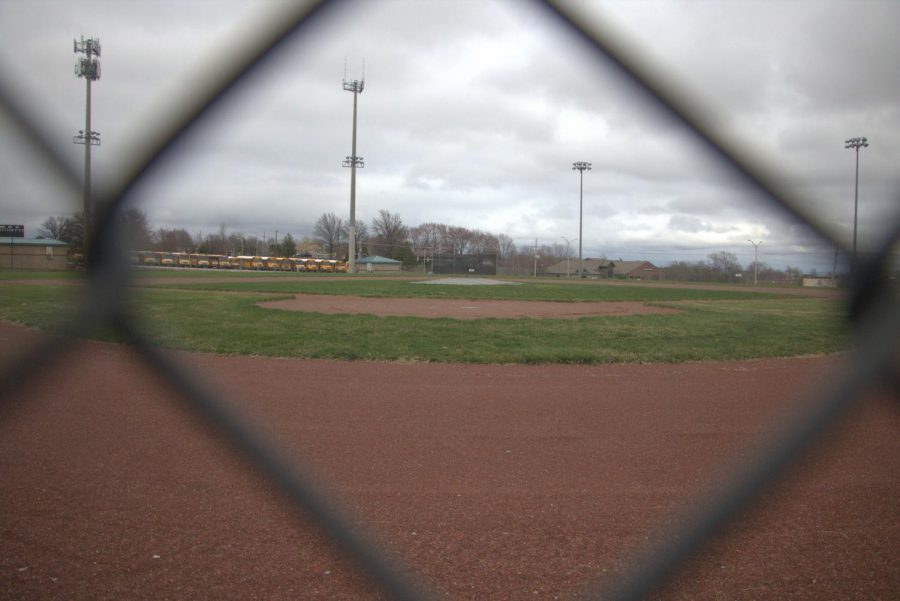 For the first time in school history, the spring sports season has been cancelled.

For the first time in school history, the spring sports season at Blue Valley Northwest will not be played. The decision made by the Kansas State High School Athletics Association (KSHSAA) was in accordance with Governor Laura Kelly’s Executive Order regarding the closure and cessation of in-person instruction in all Kansas schools through May 29, 2020. The KSHSAA released a statement in regards to the situation.

Looking forward to her senior season on the girls varsity softball team, senior Beth Shniderson said she is disappointed she won’t be able to finish out her senior year on a high note.

“You see all your friends that are older than you have their senior year and make decisions and just bond with the team. We don’t get to be recognized for what we’ve done to the team and it just kind of sucks and I think all the girls feel the same way,” Shniderson said.

Training the past four years to make the state tournament as a senior captain on the girls varsity soccer team, senior Allison Davis said the team was prepared to make a run for the state title, which is what hurts the most about the season being canceled.

“I’ve been working three years to get where I am and I’m finally a senior captain and there are so many senior leaders that have worked so hard for this. It’s frustrating that we can’t accomplish what we wanted to this season,” Davis said. “We were planning on going to state, going to Topeka, and we were going to try and win it, but that’s not an option now.”

Having bonded with her seniors throughout their time in the Husky softball program, head coach Kim White said she is devastated they won’t be able to enjoy their senior years like most have.

“The fact that we will not have played a game together, their senior year is heartbreaking to me and devastating to them,” White said. “I’m going to do all I can to try and find some normalcy in this rainy season.”

Despite the fact that rules and regulations prevent the team from having a regular senior night, White promised she is going to find a way to recognize all the hard work and commitment the seniors have put in.

“I promise, in some capacity we’re going to have a senior night for those six kids,” White said. “I know that [teacher appreciation night and senior night] are really important to the kids. And senior night in particular because of how much I care about this group of kids, I’m going to make sure something happens.”

Despite his own high school career having ended, senior shortstop Ryan Callahan said he was most bummed out for the five seniors who aren’t playing baseball in college.

“The thing that I’m most bummed out about is my five friends that are seniors who aren’t going on to play baseball in college. Those guys worked really hard and were definitely looking forward to the season so I just feel for those guys because their baseball careers are over,” Callahan said.

Going to the University of Kansas in the fall, Callahan said he is looking forward to competing at the next level.

“Ill be attending the University of Kansas to play baseball and I’m going to play as far as it’ll take me,” Callahan said. “If I keep playing good then I’ll keep playing.”

Shniderson said the most disappointing thing about missing her senior season will be not being able to bond and hang out with the rest of the team.

“During softball season we spend more time with each other, whether that be at team dinners or just hanging out before a game,” Shniderson said. “I’ll miss the team aspect the most because I love hanging out with all the girls on and off the field.”