Athlete of the week: Jack Chapman

Defeating Shawnee Mission South, the Huskies clinched their ticket to pursue their fourth state championship in a row. Serving as the longest tenured player during the run, junior Jack Chapman seeks his third championship making him the Athlete of the Week. 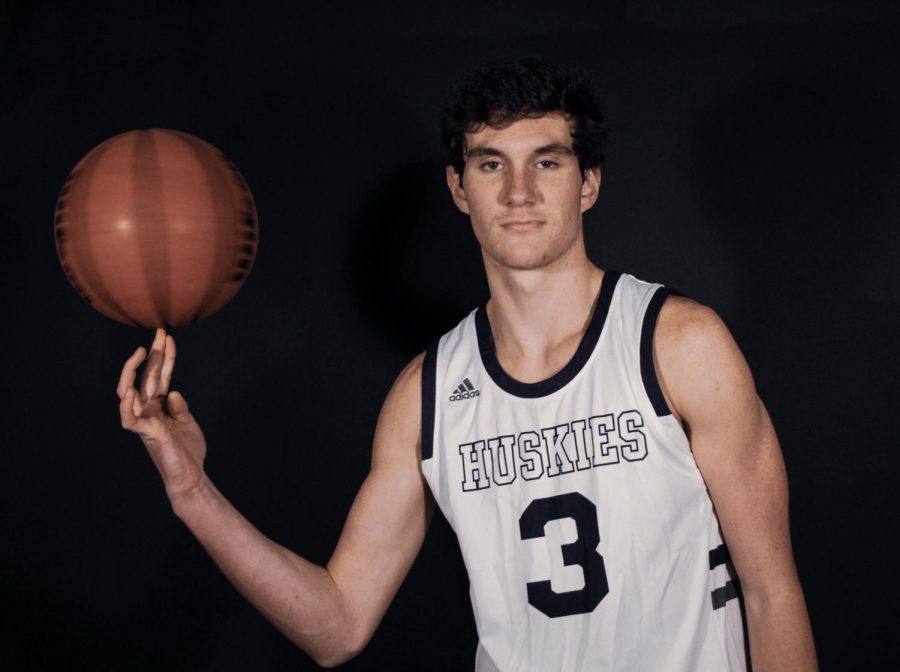 How long have you been playing basketball for?

What position have you played throughout your career? Has anything changed for you?

I used to be more of a center because of my height but with the help of Coach Fritz and some other coaches, they developed me into a guard.

What has been your favorite part about basketball?

My favorite part about basketball is just the game itself. You know, I love playing it. It brings me a lot of joy and then also the people that I’ve met through it’s been fun. You know, I’ve made a lot of friends through it.

What’s been the hardest thing about being on the varsity team?

How does it feel making it to state? Trying to get your third ring?

Yeah it’s been the goal all season. It’s really exciting that we have another opportunity to win state again for the fourth year straight. At the beginning of the year, we talked about it before we even played our first game. Our goal this year is to win a state championship so it’s exciting that we’ve put ourselves in the position to go win a state championship considering that it’s been our goal the whole season.

What leadership role do you play being the longest tenured player on the team?

I think I play a leadership role just because of you know just getting the guys ready, making sure everyone’s on the same page because I’ve experienced it, I’ve been through it. I’ve been there before and I think a lot of the guys, this is their first year playing so I think that during state my role would be to make sure everyone feels comfortable and ready to play and just giving them any information if they have any questions to get their minds ready.

We were obviously excited after the game. We got together, we were excited because we have the opportunity to go to state and that’s an accomplishment but we celebrated for the night but the next morning it didn’t really matter to us anymore because our goal is to win state and that’s what we have our eyes on.

How do you plan to accomplish your goal?

No I mean I’m just you know continuously, for personally, I’m keeping in shape. I keep shooting the ball you know get in extra reps and for the team you know we’re just trying to stick together, you know figure out how we’re supposed to win every game you know go through the scouting report and just do anything our coaches tell us to.