Athlete of the week: Caiden Casella

Taking 3rd place at the Kansas 6A state varsity wrestling tournament, junior Caiden Casella is the Athlete of the Week. 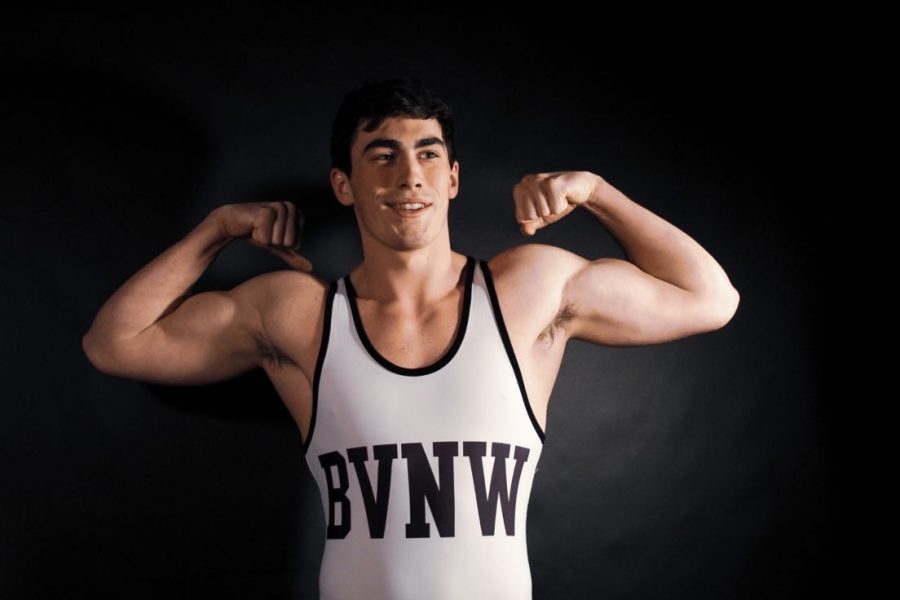 How long have you been wrestling for?

This is my ninth year competing in wrestling.

Have you ever played any other sports?

I played football, but wrestling is where I found most of my success. I’m better at it than I was at football, which I like more.

What is your favorite thing about wrestling?

Did you set any goals for yourself at the beginning of the season?

How do you prepare yourself before meets?

Make sure I get my weight down. I have a little tradition where I always take an ice bath before our tournaments just so my legs aren’t shocked and other than that I just kind of relax and get my mind right.

What emotions were you feeling when you took first at EKL and second at regionals?

What are you doing to prepare for state?

The week before and the week of state I always train a little bit harder. I’ll go to practice, I’ll wear sweatpants, just layers of clothes and work my butt off. I’ll go home and do a bunch of pull-ups or push-ups and all these workouts that my mom gave me. I also swim a lot more.

*After conducting the interview, Casella took third place at the 6A Kansas state wrestling tournament.