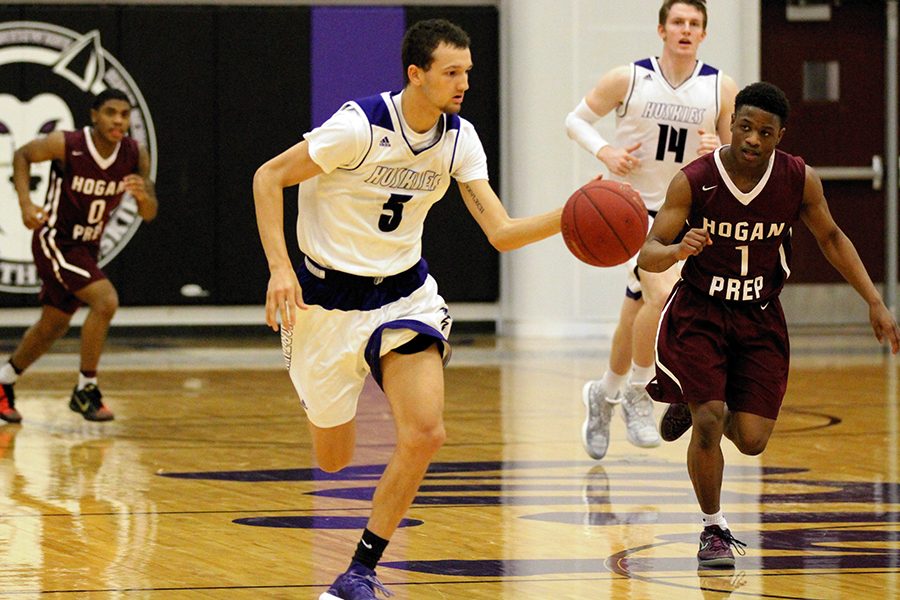 Junior guard Sam Ward squared up to shoot off a pass from senior guard A.J. Pleasant and knocked down a three point basket from the right corner to give the Huskies their first points of the night against Hogan Prep. That three gave Ward an early start to a career night, as he finished with 21 points.

The Huskies countered the Rams zone defense by hitting eight threes on the night, led by Ward with five threes for himself.

“Sam gives us a different dimension than everybody else because he can shoot the ball,” Fritz said. “We ride him when he can hit them, and when he’s not hitting them we kind of go to somebody else. If he picks his defense up, he’s going to be one hell of a player.”

“Sam can really let it fly,” Pleasant, who added 15 points of his own said. “Whenever I’ve got the ball and I see Sam open I make sure to give it to him because I know he’s going to hit the open three and we all have faith in him to hit it.”

Leading 11-8 with 3:45 remaining in the first quarter, BVNW ended the quarter on an 11-0 run. From that point on, the Huskies continued their offensive outburst with senior guard Darien Jackson putting in 19 points.