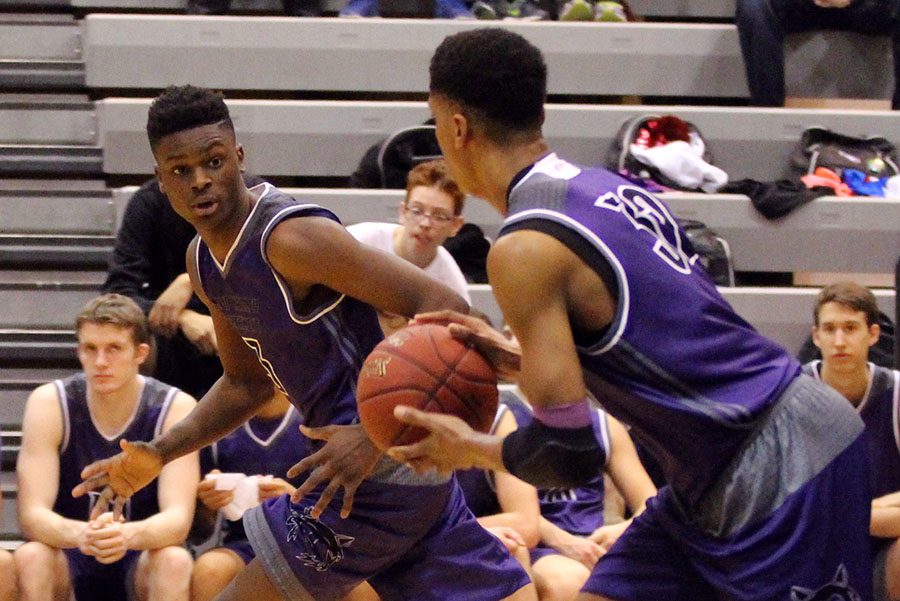 With 3:00 left in the first quarter, senior guard Darien Jackson took a pass from fellow senior guard Jamicheal Morgan and rose up to throw down a thunderous one-handed slam to give the Huskies a 7-2 lead over the Jaguars. Jackson’s dunk ignited an 18-0 BVNW run that extended the Huskies lead to 23-2 midway through the second quarter.

Head coach Ed Fritz said the defensive effort led by Jackson, Morgan and senior guard AJ Pleasant was clearly something that pleased him.

“We just wanted to come out and stay locked up for a while defensively,” Fritz said. “We hadn’t done that in a while. We did a good job of making it hard for them to pass and catch. I thought Darien and A.J. put pressure, [Morgan] had six deflections in the first half, and that’s the kind of stuff we need.”

Junior forward Parker Braun battled early foul trouble again, picking up two early fouls in the first quarter. After being held scoreless because of the limited playing time in the first half, Braun scored 12 points in the second half to finish as the game-high scorer.

“First half I wasn’t really thinking, just kind of making dumb plays going up for rebounds I shouldn’t of,” Braun said. “I was being a little too aggressive and second half they were just playing well, passing the ball well, we were running everything [well].”

Braun capped off the huge victory converting on a pass off the backboard from junior Sam Ward to flush down a two-handed jam late in the third quarter, giving the Huskies a 34-11 lead.

With the win, Blue Valley Northwest moves to 12-3 this season. The Huskies take on the Chaminade (Mo.) Red Devils in Session II of the Best of the Midwest Showcase, which will be played at BVNW on Saturday Feb. 11. BVNW and Chaminade are scheduled to tip-off at 9 p.m.