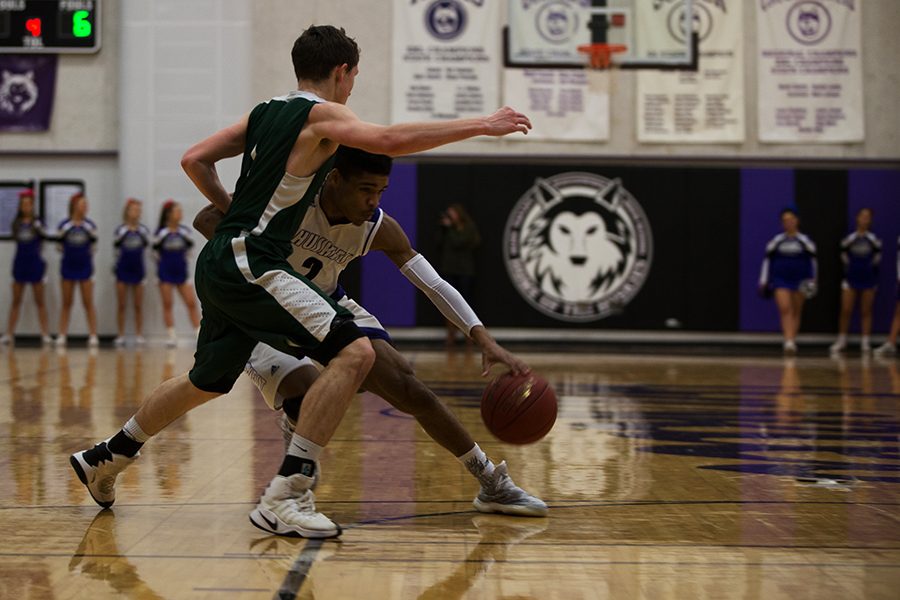 Ward opened the game with a three point basket with 7:00 and added three more threes, totalling 12 points on the night.

“When the shot presented itself I took them and they fell tonight,” Ward said.

The four threes from Ward were a part of a Northwest barrage of threes, hitting 10 threes total for the game. After trailing 3-5 with 5:20 left in the first quarter, the Huskies responded with a 13-2 run to close the quarter. Fritz said BVNW was able to execute their halfcourt offense well against BVSW’s zone defense.

“Southwest just packed it in,” Fritz said. “They were all over our bigs, they dared us to shoot outside and we didn’t do a bad job. A lot of those threes were off of four or five passes and you know when you get the ball moving, those are more in rhythm shots.”

Senior guard Darien Jackson led the Huskies offensively with 16 points, and said the offense was clicking.

“Once we hit more than like two or three threes, we felt that our shot was going and then we just had confidence and kept shooting,” Jackson said.

With the win, Blue Valley Northwest moves to 11-2 on the season. The Huskies take on the Stags of Bishop Miege Tuesday Feb. 7 at 7 p.m.