The BVNW boys basketball team lost their second game of the season Friday Jan. 27, in a road loss to Saint Thomas Aquinas, 35-52. Senior guard Darien Jackson led the Huskies in points in the loss, scoring 17. 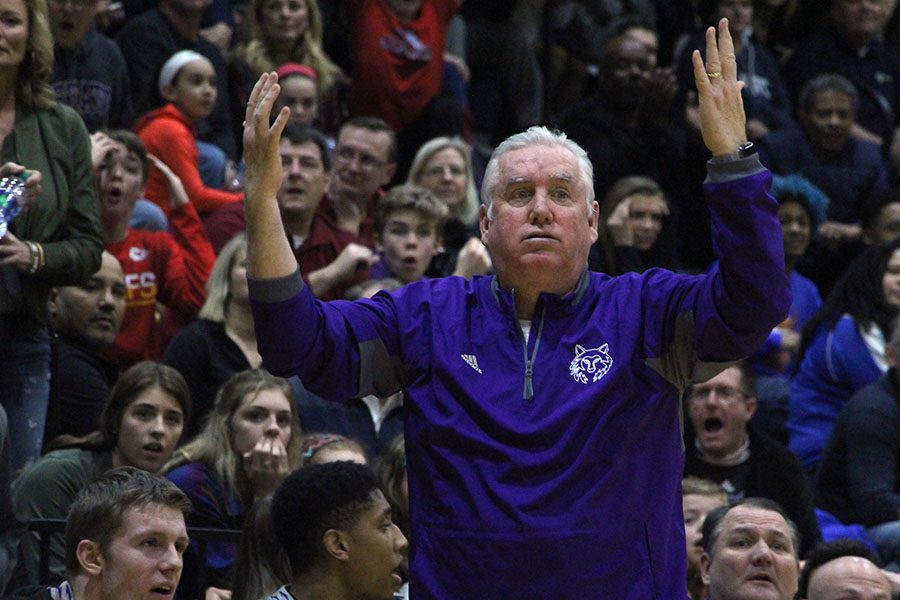 On the first defensive possession of the night, senior guard Jamicheal Morgan grabbed a steal before passing ahead to senior guard Darien Jackson for a transition dunk. A possession later, a Jackson steal led to a Morgan dunk, giving the Huskies a 4-0 lead over the Saints.

Despite the fast start, the rest of the night proved to be extremely frustrating on the offensive end for BVNW.

“I thought we had a lot of, especially in the first half, we had tons of easy shots,” BVNW head coach Ed Fritz said. “They were icing ball picks, so we attacked and would get it to the big at the foul line, and we missed every one of them.”

St. Thomas Aquinas senior forward Angelo Allegri scored 14 points for the Saints, and said for the most part the Saints executed what they wanted throughout the game.

“We know that they want to get out in transition, so most of the time we were slowing it down, being smart with the ball,” Allegri said.

After scoring a mere three points in a win over Blue Valley North earlier in the week, Jackson responded with 17 points against STA. Despite Jackson’s offensive outburst, no other BVNW player scored more than four points on the night. Allegri said even though Jackson had 17, he was pleased with how they defended the rest of the Huskies.

“Darien made some tough shots,” Allegri said. “There were some off the dribble, in transition how he likes it, but [defending] everybody else I feel like we did a pretty good job.”

Blue Valley Northwest takes on Gardner Edgerton Tuesday Jan. 31 at BVNW. Fritz said he was unsure how the team would respond to the loss, but he is hoping to see better attitudes on the court.

“I don’t know [if it will serve as a wake-up call],” Fritz said. “We’re going to have to find out and see. I just felt like we kind of bicker a lot with each other during the game. We bicker with the refs, and I just don’t think that’s conducive to playing good basketball.”