Huskies take down Mustangs in thriller, 61-59 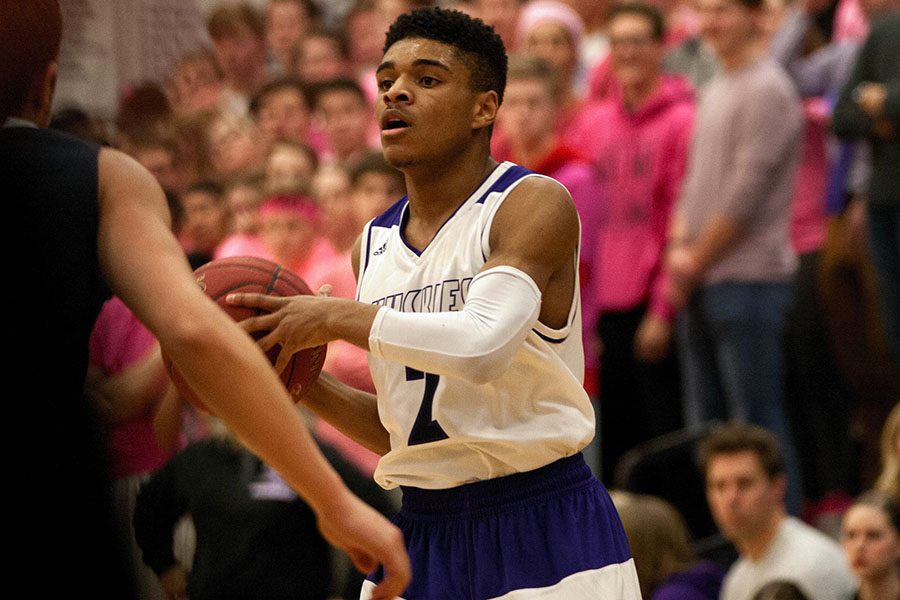 The boys basketball team defeated BVN, 61-59, earning their seventh consecutive victory. After a three-game stretch at The Border Classic in Pittsburg, Kan. that saw the Huskies dismantle Joplin High, Neosho and Pittsburg High by an average margin of victory of 44 points, the Huskies returned to EKL action with a much tougher matchup.

Throughout much of the first half of action, turnovers plagued the Huskies offense. Senior guard AJ Pleasant scored 13 points for the Huskies, but said the early turnover struggles were self-inflicted.

“I don’t really think it was [BVN’s] defense,” AJ said. “I think we were in just a panic, and just trying to make the fancy play instead of making the easy play.”

Head coach Ed Fritz said BVNW was unable to take advantage of their early 7-2 lead, squandering countless opportunities to take firm control of the game in the first quarter.

“I just thought we didn’t have much composure on offense,” Fritz said. “We made some really bad decisions, and that kind of kept us from breaking the game open early.”

Trailing 41-47 with 7:00 remaining in the fourth quarter, BVNW reeled off a 9-2 run which included a three-point basket from senior guard Jamicheal Morgan, making the score 50-49, and forcing a BVN timeout.

The fourth quarter comeback culminated with a two-handed slam by junior forward Joe Pleasant with 2:23 left, extending the BVNW lead to 55-50. Joe, who finished with a game-high 14 points for BVNW said he was looking for the opportunity to slam two points home all night.

“I was telling myself, if I get in that close I’m trying to go [dunk] on someone’s head,” Joe said. “It was just a good opportunity.”