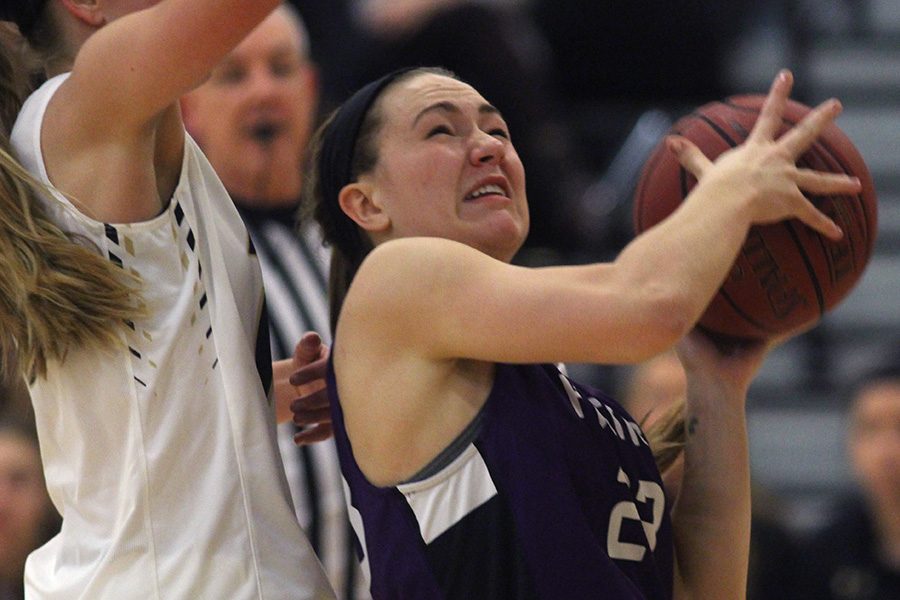 Heading into Thursday evening’s game against BVHS on a three-game losing streak, the Huskies battled to earn a 49-45 victory in overtime over the Tigers. BVNW started with an ice-cold three points in the first seven minutes of the first quarter, before getting two layups from junior forward Becky Delgado.

Head coach Brian Bubalo said despite the cold-shooting early, the Huskies defensive effort held the game close for long enough for the offense to heat up.

“Our defense was very good. And our offense improved when we had to,” Bubalo said. “The defense was the difference.”

Senior forward Abby Bird scored a team-high 16 points for the Huskies in the win, but said clearly the team’s defensive intensity led the team to victory.

“We just started playing harder. We didn’t do anything different, it was just in our passion,” Bird said.

Delgado finished with a team-high 14 points in her first game with the Huskies on the season.

“At first I was like really nervous, because obviously it was my first game with Northwest,” Delgado said. “But then after I got like playing into [the game], I just kind of went with it. I kind of tried to adjust my offense because obviously I’m not used to [the team’s] type of playing so I just go with it and follow the flow.”

Bubalo said the addition of Delgado to the lineup was definitely a much needed boost. With her ability to drive and score, Bubalo said she was a new scoring threat.

“Becky made a couple of key drives… she made a significant contribution [for her first game],” Bubalo said. “She was a big part of the win.”

Trailing 34-39 with 4:40 remaining in the fourth quarter, the Huskies called a timeout. After the timeout, BVNW went on a 6-0 scoring run, culminating with Delgado’s spinning drive to the basket for a layup with 1:16 remaining, giving the Huskies a 40-39 lead.

On the first possession of overtime, senior guard Taylor Victorine missed her first three point attempt, but after an offensive rebound by junior guard Kate Kaufman, the ball eventually returned to Victorine for a three-point basket which swished through the net, giving the Huskies a 43-40 lead. From that point on, the Huskies controlled the overtime period, earning a 49-45 victory to move to 2-4 on the season.