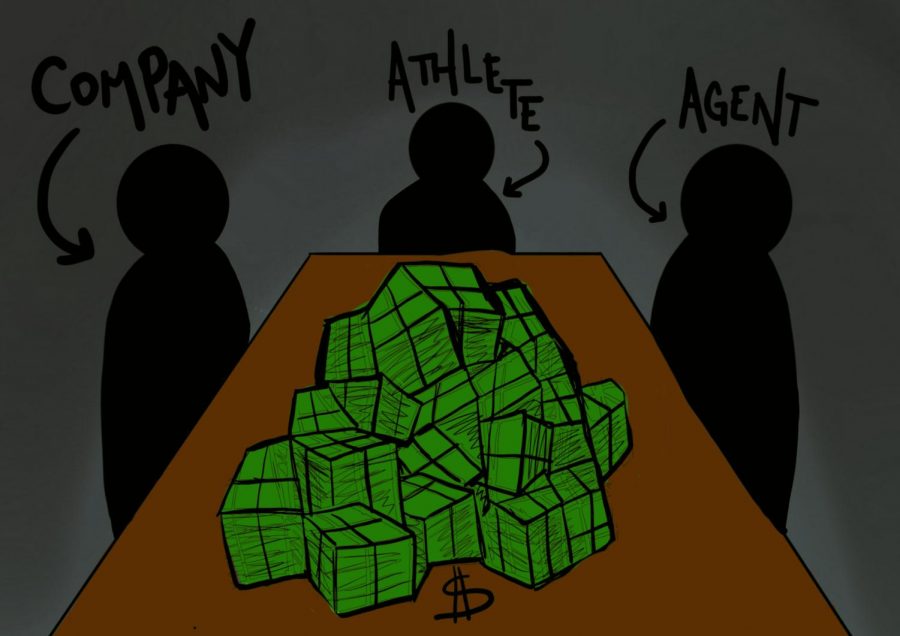 When you look long enough, you realize certain things in life aren’t as advertised. It’s taken me 17 years of life to realize college sports aren’t exactly what they’re advertised to be.

It seems everyone wants to think college athletics- and big-time, money-making college sports like NCAA Division 1 football and basketball- are just squeaky clean businesses run by university chancellors and presidents who are just in it for the good of the common student-athlete.

College athletics aren’t, and haven’t been, an infraction-free business for decades. A lot of this delusional, fantasy world perception of college sports people have is built on nostalgia. When it comes down to it, people would rather convince themselves nothing is going on, than admit everyone is doing something.

Seemingly every year a new line of breaking news from college sports comes across the bottom line of the ESPN ticker, the most recent being the University of Louisville and shoe executives at Adidas allegedly conspired to pay a star recruit $100,000 to attend U of L. This isn’t new. What usually comes after these revelations is the coach saying they were “unaware” of any such violations, or better yet “shocked” by the allegations.

Obviously, under the current rules set forth by the NCAA, now former Louisville head coach Rick Pitino violated the rules for recruiting. That doesn’t mean the rules, as currently confounded, are right.

No one in college recruiting is clean. The university wants the player who has the potential to generate large amounts of revenue for the school. The coaches realize how small the elite talent pool is, and recognize that said elite talent will determine their income. The shoe companies want to funnel recruits to a school to build a relationship with them in hopes of signing them to a mega apparel deal when they enter the NBA. And the players aren’t shy to negotiate their playing services for a cash payment.

It dumbfounds me that we live in an America where the only activity on which capitalism is restricted is that of 18-22 year-old college athletes and their ability to get paid for being good at a game. A game that, if all goes right, will likely net the university to which the athlete ends up signing a boatload of cash, like Louisville got when they signed their new $160 million contract extension in August.

This isn’t considered corruption or a federal offense, investigated by the FBI, if the NCAA didn’t have such an enormous love for villainizing players for taking money for something they are good at, in an effort to preserve the “sanctity” of the game. The ignorance to believe no one is going to cheat, or institutions will go out of their way to report other schools infractions, as NCAA President Mark Emmert would like, is blissfully stupid. So, NCAA, instead of hoping that people follow your dumb rules, eliminate this unnecessary, yet prominent black-market in college sports. Instead of waiting for another scandal, let’s reevaluate the idea of compensating college athletes.