Guest opinion: A case of faith 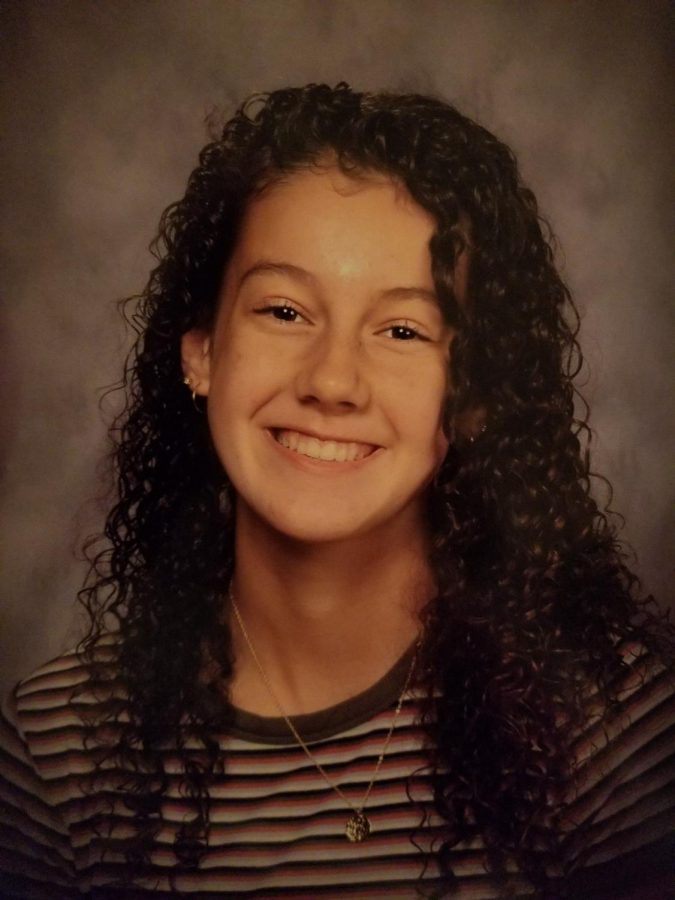 Sitting on the floor of the PAC, eating my lunch, I overheard, “I don’t get the whole Christianity thing. If Jesus is so great, why couldn’t he take a rusty nail?” According to one student, “religion is just made up to explain things that people can’t understand.” After participating in a choral festival, I was apologized to for the conductor’s reference to the bible and asked to think of personal experiences that could substitute for the song’s Christian references. While there were good intentions, I was hurt by not only a dismissal of my beliefs, but an apology for them. I’ve stayed silent for so long, but I won’t anymore.

If you’re worried about being offended, feel free to turn the page. I wouldn’t want to shove any form of moral corruption down your throat. I believe that if my school has a right to try and invalidate everything that I live for, I ought to have just one shot at standing up for my beliefs.

We all know that we attend a public school. And as everyone knows, in public schools, religion is a major taboo. According to the U.S. Department of Education, “The Supreme Court has repeatedly held that the First Amendment requires public school officials to show neither favoritism toward nor hostility against religious expression such as prayer.” In the very same paragraph of the guidelines, the department notes that although our teachers and staff cannot speak about religion in this way because of their association with a government establishment, we, as the student body, are protected by the free speech and exercise clauses of the Constitution, which give us the right to “speak to, and attempt to persuade, [our] peers about religious topics just as they do with regard to political topics.” All that said, I have every right to bring up this conversation as you do to turn it down.

In reference to recent opinion articles published in The Express, I’d like to contribute some truths. While I have my reservations for any logic as to why some believe the bible does not condemn homosexuality, I agree with what was said, that the rights of LGBTQ+ individuals should not be dictated for or against by the government. I’m glad we can agree that Christianity promotes love and unity, and by this, who you choose to love is none of my business. I love you and support you and it is not my job nor any government official’s job to tell you who you can or cannot marry. I believe that outlawing same-sex marriage causes far more harm than good.

If billboards advertising salvation offend you, I have an easy fix for you – just keep your eyes on the road! After all, it’ll help you stay in your lane. I do wonder how often people really do find salvation by calling a Jesus hotline. In fact, trying to dial a hotline while driving 70 miles an hour might be an excellent way to meet Jesus sooner, although not in the way intended. All jokes aside, I seriously doubt you’re being morally oppressed by reading a billboard on the highway.

The Bible, if you’ve ever read it, is so difficult to interpret. I am no scholar, but I wouldn’t be reading and relying on a bible that was void of complex meaning and rich with teachings that challenge me. Written over a span of 1,500 years, translated from Hebrew, Aramaic, and Greek, 40 authors were inspired to write about God. You claim that it contradicts itself. To that I say, yes, yes it does. Often, people point out verses that contradict each other, hoping to embarrass Christians who have grown up being taught not to question the bible. I can say with full confidence that the bible is true because it doesn’t line up perfectly like a brand new 25-piece floor puzzle. As I said before, the 40 authors of the bible were inspired by God, they weren’t possessed. They didn’t wake up from a trance to find the entire book of Genesis written in their own handwriting. The experiences, cultures, and customs that God uniquely gave them provided the melting pot of accounts, genealogies, and even poems that all line up in the shape of a story. In court, if each and every witness stands up and gives the same account, with the exact same perspective and details, it is clear that their testimonies are fabricated to cover a lie. The bible, I would argue, is not fabricated. Still disagree? As Proverbs 26:4-5 says, “Do not answer fools according to their folly, or you will be a fool yourself. Answer fools according to their folly, or they will be wise in their own eyes.” If you’d like to scrounge for verses in the opposite poles of the bible and ask me to do a gymnastics routine to tell you how the bible doesn’t contradict itself, don’t waste your time: here’s a shortcut. The author contradicts himself in two consecutive sentences right here, and is unapologetic. I assure you this wasn’t an accident, and that the author was directly keeping the foolish accountable giving them a taste of their own foolishness. If you’d like to point out the bible’s flaws, be my guest, but be sure to finish your research. Picking and choosing without context makes for a weak argument and an easy way to get outmatched in the first round of a debate with a Christian.

You might argue that the opposing views on violence in Exodus and Matthew have no excuse for disproving each other, but if you take one look closer, you’ll see otherwise. One supports seeking justice, while the other seems to condemn violence. In these verses in Matthew, what Jesus actually says is, “38 “You have heard that it was said, ‘Eye for eye, and tooth for tooth.’[a] 39 But I tell you, do not resist an evil person. If anyone slaps you on the right cheek, turn to them the other cheek also. 40 And if anyone wants to sue you and take your shirt, hand over your coat as well.” – Matthew 5:38-40, ESV. This was groundbreaking. Jesus taught his followers not only to stop using the teachings of the old testament against each other, but to set aside their need for justice and replace it with kindness and humility.

The Blue Valley School District prides itself on how many of its families originate from different backgrounds, first-languages, and beliefs in its communities. According to our district’s website, under Demographics, The Greater Kansas City Interfaith Council awarded the Table of Faiths Award to Blue Valley Schools in 2016. According to the Council’s web page, “The award recognizes an organization that is visible in the community, is making a positive difference in building relationships with diverse religious groups and promotes a pluralistic vision.” Let’s check ourselves, please, and become more aware of the diverse beliefs that surround us. Let’s stop letting stereotypical comments about religious people fly left and right. And for those of us who are directly affected, let’s stop turning the other way as though we didn’t hear it.

I am a Christian. I fall short, but I believe that by my faith, I am saved. I am not ashamed. If you have something to say about my religion, tell me. I won’t ever force my religion onto you. I also know that I’m not alone. The students who walk the halls beside you carry their own identity, their own beliefs, their own religion. We all deserve respect, regardless of your opinion.