A district official and the BVNW principal speak to the benefits of the up and coming security measure. 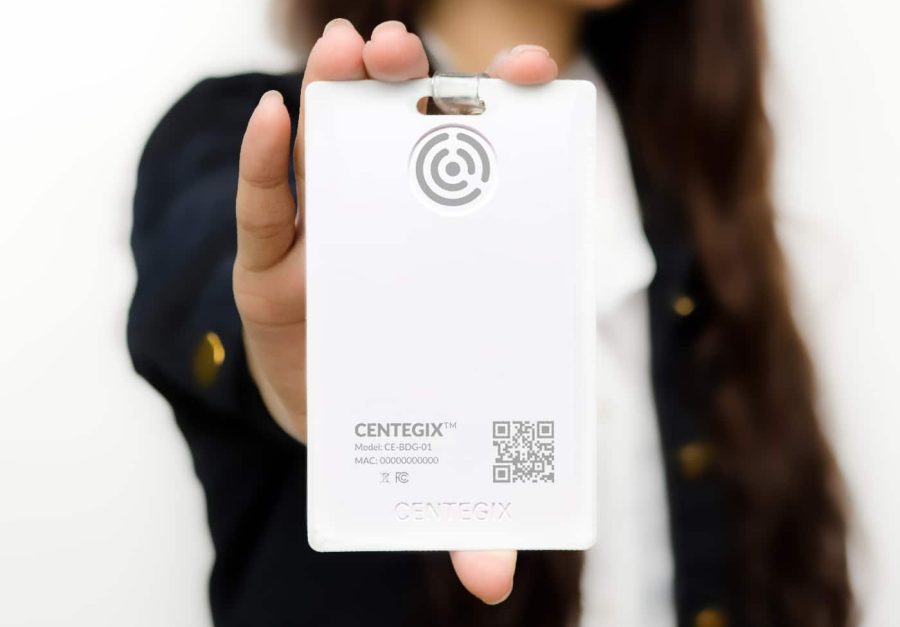 Once the alert system is implemented, CENTEGIX badges will be given to all Blue Valley staff members.

The Blue Valley Board of Education unanimously approved a new crisis alert system to be implemented, decided at the Sept. 14 board meeting. The District plans to have the new security measure go into effect beginning in the second semester of the 2022-2023 school year.

The Director of Safety and Security for Blue Valley, Dan Carney, said the driving force behind this new system is the need for communication in crisis situations.

“The problem that exists nationally is a problem of communication. If you look back at emergencies in schools in general…there’s always a little bit of a delayed communication there,” Carney said. “And so, that delay is what we’re trying to reduce.”

“It’s another layer of physical security for our building,” Sharp said. “Hopefully, it will help empower staff to call for help when they need it.”

The crisis alert system will be carried out through CENTEGIX, a company which specializes in “incident response solutions,” according to their website. After having conducted research on various security systems and companies, Carney said he believes CENTEGIX is different from any other system on the market, as it operates on a Bluetooth mesh.

The official Bluetooth website explains Bluetooth mesh is a network suited for automation solutions that allow hundreds or thousands of devices to communicate with one another. Carney said he favors Bluetooth over a Wi-Fi based system, which can be subject to a multitude of challenges.

“Let’s say that, instead of this system, we went with one of these systems that requires a Wi-Fi connection. Well, you have people that don’t have their phones with them. You have people whose Wi-Fi isn’t turned on. And so there’s going to be gaps, right?” Carney said.

In contrast, Carney said the Bluetooth system CENTEGIX uses has proven to be much more reliable.

“This system, with Bluetooth mesh, covers the whole inside of the building – every nook and cranny, and outside the building on the campus. When that alert goes out, it’s considered extremely reliable to go to the people who are designated to receive it,” Carney said. “Olathe [School District] has it installed now and they’re already reporting good anecdotal stories of when the alert goes out, just this really fast response.”

The crisis alert system will be a yearly cost of around $7,500 per campus, which includes beacons, badges and batteries, Carney said.

As part of the security system, the District will be distributing said CENTEGIX badges to all staff members. According to Carney, these badges will contain a button, which, when pushed three times, will send a call for help in the event of an emergency.

To initiate a building-wide lockdown, Sharp explained you must push the button eight or more times.

“For that to happen, you have to hit it repeatedly, I think eight times, and how you know it initiates is it will vibrate. That will send [an alert] to the computer system, and then an automated P.A. announcement,” Sharp said.

Sharp and Carney both emphasized how important it is to take care of the badges and make sure they are not hit against objects. Though the buttons are not generally sensitive, Carney said there have been some false alarms when the button was accidentally pressed.

“All that happens really is that someone comes down and checks and finds out everything’s okay. Now, if we have a false alarm where someone puts the full building in lockdown, then I guess you just went through a lockdown drill,” Carney said. “We’d like to avoid that if at all possible. We don’t want to scare people. But if this is going to make the school safer, then I think it’s worth the risk of a false alarm.”

An additional feature of the crisis alert system is the beacons, which Carney said will visually alert students and staff of a building-wide lockdown.

“Every classroom would have a beacon in the ceiling that would light and start flashing,” Carney said. “You know how when you’re in the Commons and you can’t hear a PA announcement because it’s so loud, like everybody’s talking. Those beacons go off and that means locked down, lights out. And everybody will know that.”

Considering the campus-wide communication, easy operation and the visual and auditory signals, Carney said he believes the crisis alert system will be beneficial to our schools.