Treatment to remove the mold started Monday and is expected to be done this weekend. 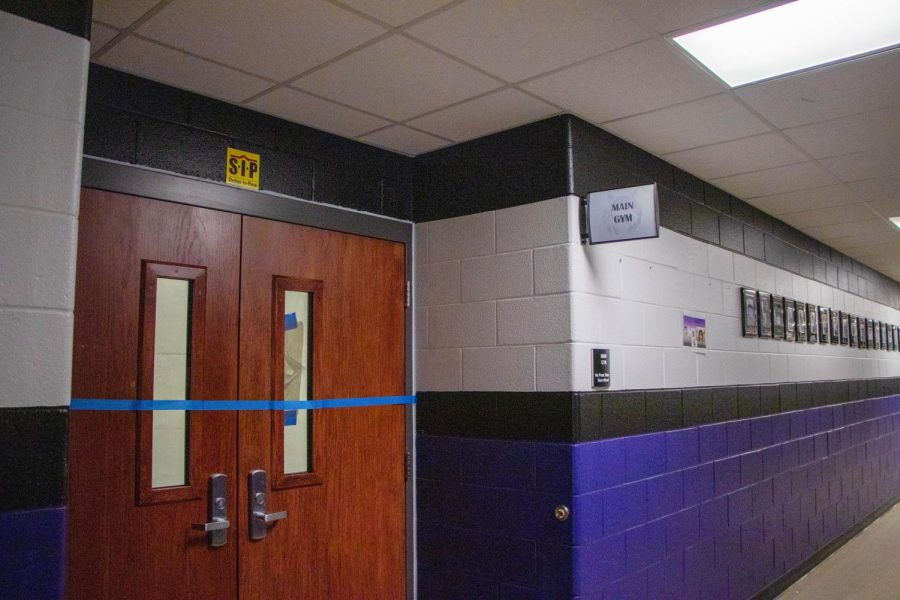 The former main gym was closed Aug. 29 after finding a mold infestation during a routine maintenance check.

During a routine maintenance check, Cladosporium mold was identified in the main gym at BVNW, Aug. 21.

According to Jake Slobodnik, the Executive Director of Operations of Blue Valley, Cladosporium is a mold commonly found in the air outside and it is not uncommon for it to appear inside buildings.

“If you open doors and windows, it can get introduced to a building. So it’s not traditionally considered extremely toxic or harmful, but it is something that we want to make sure we treat,” Slobodnik said.

Treatment began Aug. 29. After originally identifying the issue, an initial sampling was performed. After distinguishing it as mold, further steps were taken to remove it.

“When we identified that it was in fact mold, we contacted a specialized contractor to perform a more extensive test to identify exactly what it was,” Slobodnik said. “They put together a comprehensive plan and then they mobilized on Monday to begin treating it.”

Due to treatment, the main gym has been closed, forcing sports, activities and gym classes to hold events elsewhere, according to Athletic Director Debbie Katzfey. She said the girls varsity volleyball team has been practicing and playing in the new gym. Even though they could have relocated to the auxiliary gym, they went to the new gym due to the fact that the whole team was excited to get in there.

“When the old main gym was shut down, they didn’t have to go to the new gym. They wanted to and they knew that,” Katzfey said. “Eventually that was going to be their main gym as it will be for basketball.”

The girls varsity volleyball games have been in the new gym despite the fact that the scoreboards have not been set up. According to Katzfey, the scoreboards are scheduled to be installed next week. Until then, game scores have been tracked using flip-charts.

Cladosporium mold does not affect human health, according to Slobodnik. In fact, he said they ran an air quality sample to ensure it was safe for people to be around. The outcome of the test proved the air quality was safe for BVNW students and staff.

“[The results showed] the spores that were in were in the air, so something that somebody could breathe in, were actually lower than the number of spores that were measured outside in the air,” Slobodnik said. “Unless somebody is actually touching [the mold] and interacting with it, there’s absolutely no concern.”

While Slobodnik said he believes the treatment will be finished this weekend, the gym is going to be closed for 10 days so that once the contractor gets done cleaning it, Slobodnik and his team can come back to make sure there are zero mold spores to ensure the air is clean.

“We’ll continue to run our HVAC to make sure we circulate and clean the air before we open it back up,” Slobodnik said.