Spending $44.99 per safety cover, administration enforced a new safety measure concerning the use of the water fountain spigots, while the water bottle refill portion stays in use. 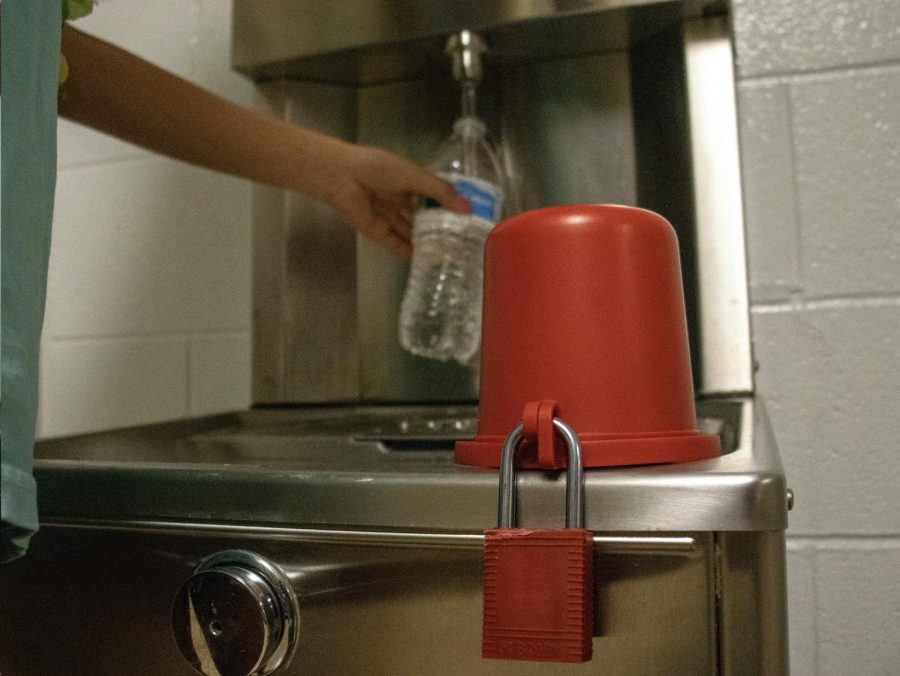 Monday, Sept. 27, a text was sent out to the student body announcing the continued ban on drinking fountains at school, extending the district-wide ban put in place last year, due to Covid-19. While the filling stations remain in use, padlocks have been added to the spigot of each water fountain.

Previously, Duck Tape was wrapped around every drinking fountain, but Principal Amy Pressly said janitors were complaining students were taking off the Duck Tape and using the fountains.

The additional work added onto the custodians’ duties, Pressly said, caused a struggle  for them to complete their daily tasks, as there is a shortage in the school’s custodial staff.

The padlocks were ordered last school year, Pressly said, but were back-ordered and did not arrive until recently. The decision to place the locks on the drinking fountains was a Northwest decision. A plan has not been formed to enforce the locks district-wide.

“We looked last school year about what options could be there and decided [to use padlocks],” Pressly said. “I know there was some talk at the district level doing the same, but at that point, we had already ordered ours.”

Costing $44.99 apiece, Pressly said the administration ordered multiple dozen, one for each drinking fountain, while two more are still to come in to cover all spigots.

Since the water bottle filling stations are still operational, Pressly has discussed with the administration the possibility of adding cups for students to use in place of using the spigots to access water.