Volunteer Cameron Smith discusses the inauguration and what is in store for the future of the U.S.

After volunteering at the inauguration of Joe Biden, Cameron Smith, a staff assistant for Senator Dianne Feinstein, talks about the experience and what the future holds for the country. 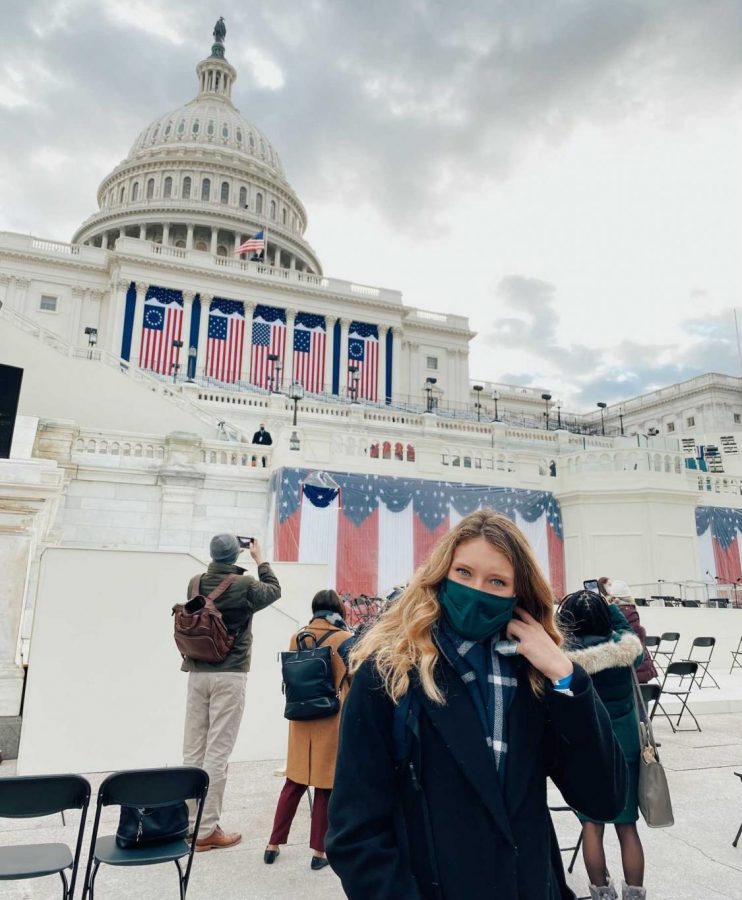 Although there have been a lot of mixed emotions about the 2020 inauguration, it is without a doubt a groundbreaking event in the United States’ history, with a woman now holding the highest office one has in United States history as Vice President. Cameron Smith, a staff assistant for Senator Dianne Feinstein, was present at the event and volunteered to help usher the foreign diplomats who attended.

“I decided to volunteer because I knew that it would be a very important inauguration, it would be an inauguration that brings a lot of hope after four years of a lot of turbulence in the nation and division,” Smith said. “And then more so after the insurrection and riots that occurred, it felt like it was something that was even more important, knowing how fragile democracy is.”

Despite her apprehension, she said she still attended the inauguration and said it was a very surreal experience. She said the various precautions put in place in response to the insurrection on Jan. 6th made it feel a lot more secure.

Smith said she has been following Amanda Gorman’s journey for a long time and found her poem very inspirational. She said her favorite moment was probably her volunteer job, ushering the foreign diplomats stationed in the U.S who were present at the inauguration.

“It was really a joy and a treat to see these people from completely different cultures, countries, languages watch and be equally excited about the inauguration as I was,” Smith said.

While the turmoil within the government has been felt across the country, she said that being in Washington D.C. has magnified all of the craziness.

“I feel like there have been a few days, like Jan. 6th, like the election, where whatever’s happening in the rest of the country just kind of feels like it’s amplified in D.C.,” Smith said. “So it just feels like whatever you see in the news we are able to see first, so we kind of have an understanding of what’s going to be happening, what those emotions are going to be like.”

The next four years will come with a lot of change, and she said that she hopes it will bring growth, security and accountability to the nation.

“As my boss has previously said, it’s very important to ensure that democracy stays stable after these four years,” Smith said. “We can’t just allow things to go back to the way they were, you know we really have to make sure that this cannot happen again.”

The inauguration is just the beginning of the next four years, but Smith said she is excited to see what the future holds in terms of the Biden Administration’s agenda and everything else that is happening.

“It just kind of feels like all the things are lining up,” Smith said.