The FBI, along with the Civil Rights Division and the US Attorney's office for the District of Kansas, is opening an investigation into the death of John Albers as John's mother works for positive change in police procedures. 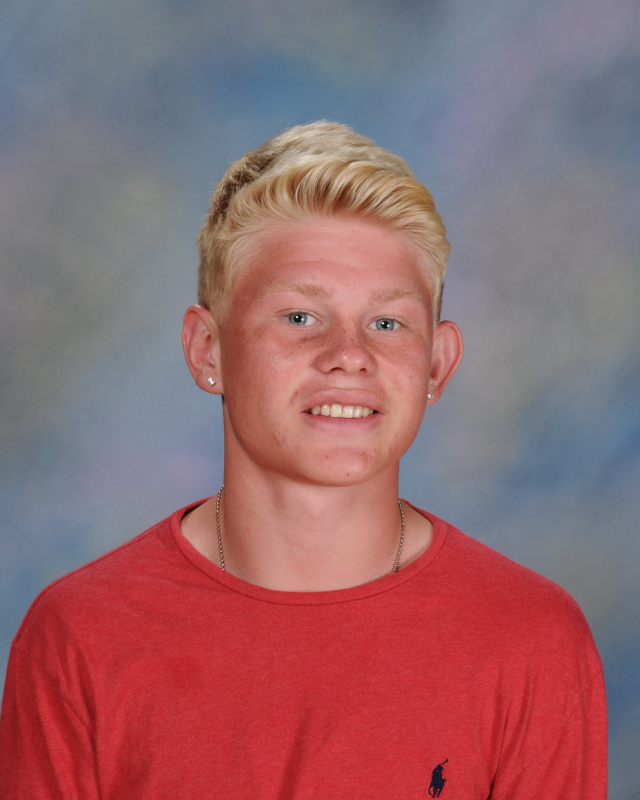 John Albers was involved in soccer, track and field, wrestling and AVID at BVNW.

The FBI is opening a civil rights investigation into the 2018 police shooting of BVNW student John Albers. John was backing out of his driveway in the family minivan and toward a police officer when the officer fired 13 shots at John inside the vehicle killing him. The police were dispatched to the Albers’ house on a mental health call after receiving word John might be suicidal.

In an email to BVNWnews, Dixon Land, Public Affairs Specialist for Kansas City Federal Bureau of Investigation, confirmed the opening of a civil rights investigation by the FBI, the Civil Rights Division and the US Attorney’s office for the District of Kansas.

“The FBI will collect all available facts and evidence and will ensure that the investigation is conducted in a fair, thorough and impartial manner,” Land said. “As this is an ongoing investigation we are not able to comment further at this time.”

Public Information Officer and Media Relations for the Overland Park Police Department  John Lacey, said the OPPD and the City of Overland Park will cooperate completely with the investigation.

BVNWnews reached out to the Johnson County District Attorney’s office but has not received a response.

Sheila Albers, John’s mother, said she had conversations with people in the Department of Justice and brought them information on her son’s death to get them involved. Sheila said she has concerns with how the original case was handled and is hoping for clarity with this new case.

“The first word that comes to my mind is finally. Finally, there will be some transparency and accountability around John’s death,” she said. “I have been extraordinarily frustrated that information that should come to me as John’s mom has been withheld and hidden from me and from the public and that is not the way government should operate.”

Last year Sheila filed a wrongful death lawsuit against the City of Overland Park where she received a $2.3 million settlement with the city. Since then, Sheila said she has been working with JoCo United.

JoCo United is an advocacy group formed in response to John’s death that Sheila helped found and is now secretary of. Sheila said JoCo United’s major goals are to improve training for first responders in regards to handling a mental health crisis and better government transparency.

Sheila said JoCo United presented to the Overland Park Public Safety Committee changes that should be made at the city level in regard to mental health information and training for officers. The City of Overland Park agreed to move from having 50 percent of officers trained in Crisis Intervention Training to 100 percent, beginning in 2021.

The city has also agreed to add a third mental health co-responder and Sheila said by 2022 the city should have enough co-responders to have 24/7 coverage. The OPPD typically deploys co-responders from the Johnson County Mental Health Center to assist in handling mental health-related situations, however no co-responders were on duty the night of John’s death.

This summer the City of Overland Park changed their use of force policy and have banned shooting into a moving vehicle unless someone inside is using a lethal force other than the vehicle. Sheila said this is a change she has been trying to make since her son’s death.

Sheila said what she is still missing is transparency. Through her own research she said she found that Clayton Jenison, the officer who shot John, received a $70,000 severance from the OPPD as a part of a separation agreement. Sheila said that because Jenison was allowed to resign and get severance, it will prevent his license from being revoked and allowed the city to sweep it under the rug.

Sheila said her hope for the case is to send the message that transparency is key to democracy, to make sure the government is responsive to its citizens and to let people know they can make change. She said enacting change is a matter of working within the system, understanding the law and going about it in a peaceful manner.

The biggest way to make change is vote, Sheila said.

“I’m talking to many young people here who have a right [for the] first time in their life to vote; and your vote matters,” Sheila said. “If you feel an elected official has not done right by the community, or is not representing your needs and desires in a community, then by all means you should vote them out or vote someone in who is going to do a better job.”

Sheila said that young people have a tremendous opportunity to make their voices heard this election.

“If there were ever elections that mattered both from the most local level, all the way up, this, this election, young people have the opportunity to make an enormous difference,” she said. “Really the biggest impact is made at the local level, and it’s those elections that almost deserve more of your energy than stuff that happens in Washington D.C.”

In the future, Sheila said, she hopes to create a statewide policy, through Bill 2424. Bill 2424 is a piece of legislation, Sheila said, which would mandate that in any officer-involved-shooting that results in a death all records become public. She proposed Bill 2424 in the Kansas House last January but it died in committee so she said she plans to refile the bill this January in hopes to get it on the floor for a vote.

If the bill passes, a statewide database will be created for officer-involved-shootings. Sheila said it will help with accountability while also bettering training because law enforcement could look at the information and see where they can improve training or policy.

May 4 UPDATE: Shelia said they refiled a similar bill this year, named Senate Bill 270, sponsored by Kansas State Senator Cindy Holsher. Shelia said they are hoping for a hearing at the beginning of 2022.

“All of this protects officers, as well as the community,” Sheila said. “You know, the public safety piece is really meant for both because we want our officers safe but we also want our civilians safe too.”

From the work she is doing, Sheila said she hopes to bring a legacy for John and the community.

“If we can make these things happen here at Overland Park, we can make them happen in other municipalities, which just makes the world a safer place,” she said. “So it’s really about doing the right thing here at home, and then taking those better decisions that we’re making and spreading it other places.”

Sheila said that the work she does can be draining in having to relive John’s death, so when it gets too much she steps away and takes a break. However, she also said the work can be energizing when she gets to see the positive change that is happening.

Sheila said she hopes the biggest thing people take away is that they can make change by being active in their community.

“You make change by policy, legislation and training, and you do it by voting, and you do it by reading and making sure that you’re staying current on what’s happening in your community,” she said. “I’m sounding like a really big teacher right now, but that’s how I feel. I just, I cannot encourage young people enough to stay involved, stay active and vote.”