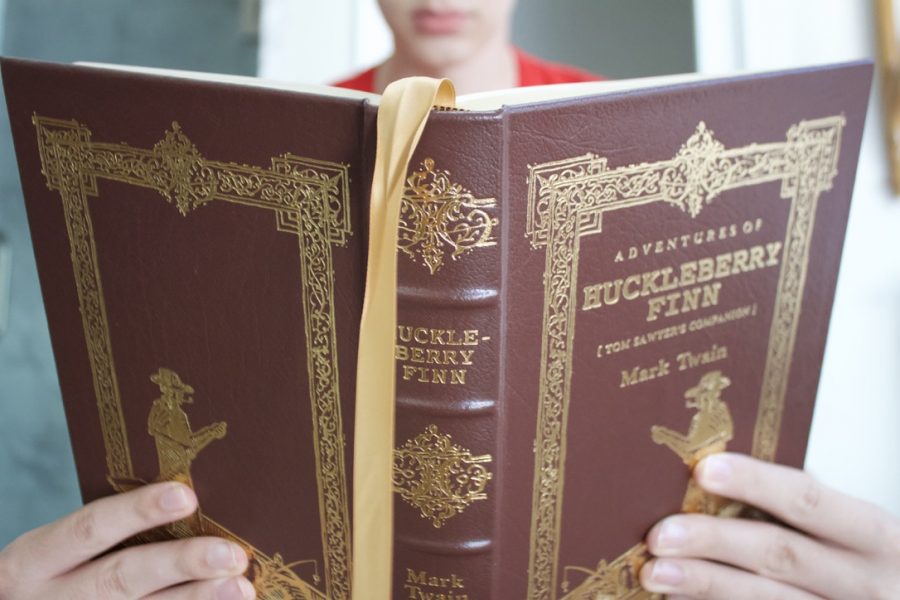 Principal Amy Pressly notified the BVNW English Department of the retirement of four books from the school curriculum, “Of Mice and Men,” “The Adventures of Huckleberry Finn,” “The Adventures of Tom Sawyer” and “To Kill a Mockingbird” on Sept. 17. She said a committee within the Academic Services department at District Office made the call to improve equity inclusion.

Pressly said she did not make the announcement to the entire BVNW community because the information was only specific to English teachers as they prepared their curriculum for the year.

“It’s really just a curricular decision that impacts English teachers, so they’re the ones who needed to know,” Pressly said. “As they looked at their standards and figured out what curricular resources they were going to use to support those standards, they needed to not be using these four novels because we were going to retire them.”

These books are now classified as retired, meaning they are still available in the school library for independent reading but will not be used for discussion in a classroom setting.

Though it has been in the works for a while, Pressly said the decision was made in response to the backlash Blue Valley faced over the summer after they posted about their intolerance of racism in light of the George Floyd killing. The post now has over a thousand comments as students came forward with stories of racial discrimination and harassment from faculty and peers.

District Superintendent Tonya Merrigan initiated “listening tours,” which were Zoom calls between district members and Blue Valley families, to gather concerns students and parents had about racial issues within the schools. Through these tours, Pressly said the committee was able to use student anecdotes as a factor in their decision to retire the four books.

“I think in hearing some of the feedback in the listening tours this summer, it really just made us stop and think that yeah, it’s time it’s time that we retire these,” Pressly said. “These titles were specifically mentioned repeatedly.”

BVNW AP English Literature teacher and English Department Chair Valerie Golden said although she didn’t receive an explanation as to why the books were retired, she knew it was the result of the content and controversy surrounding them. She said she understands the rationale behind the District’s decision, but believes there is still meaning in the books that make them worth studying.

“I understand why some students specifically would feel uncomfortable with those books being taught with some of the language that occurs in them,” Golden said. “However, I feel that specifically with “To Kill a Mockingbird,” because I’ve taught it, that the message that comes through in the book, even with that language, is that racism is wrong, and that that language is wrong, and that the people in the book tried to act in the right way. I think the teachers do a good job of delivering what I think is the underlying message in the book.”

Senior Shaurir Ramanujan, who read “Adventures of Huckleberry Finn” and “To Kill a Mockingbird” in class, said some of the concerns might be derived from students and teachers saying slurs or discriminatory phrases “in context” of the book, such as the n-word. Instead of removing the novels from curriculum, he said it might be better if they reformed the teaching style to reflect on the negative effects of this language instead of seemingly encouraging it.

“I think getting rid of one instance in which the word is presented does not mean that the word goes away,” Ramanujan said. “Teachers and students when reading the book should avoid using that word loosely, or for the purposes of context, especially if they are not black. I think the presence of the word in the text is enough to make people reflect and deliberate on the racist tension that is in our country.”

Like Golden, Ramanujan said he believes there are valuable lessons in these books, specifically their preservation of American history and insight in society’s development, that students might lose now that the books are out of the classroom.

“I think the decision to remove the books is a bad idea because they are the closest we can get to understanding the brutal history of our country at that time,” Ramanujan said. “I understand the rationale behind it, but they can still teach us valuable lessons absent their use of divisive or racist language.”

In response to the belief that Blue Valley is “erasing” American history by retiring these books, Associate Principal of Curriculum and Instruction Tyler Alexander said the nature of the English curriculum prevents this from happening. He said the standards-based curriculum allows teachers to maintain the quality of education and approach to sensitive topics regardless of what book the class is studying.

“To support teachers to be able to engage in meaningful conversations is central to what we’re trying to do. Our English curriculum itself isn’t written over specific novels, it’s based on standards,” Alexander said. “Looking at different texts from a variety of different authors to engage voices that maybe haven’t been engaged in the past…is definitely part of the goal moving forward.”

Even before Blue Valley was criticized for alleged discrimination in classrooms, Alexander said the District has been working to shift racial studies and discussions to the perspective of authors who are racial minorities. He said there are new titles coming and hopes it will ease tensions within classrooms, as well as  allow students to become better educated and better engaged.

Pressly said she is excited for the new changes coming to English classrooms in the District, but clarified that just because they will not be read as a class does not mean students are prohibited from reading them.

“If it’s a title that you’re really interested in, you still have the ability [to read them], they’ll still be on the shelves in the library, Pressly said. “I’m anxious for kids to get an opportunity, as we get the new titles ordered for you, to read some of these because I think you’re going to enjoy some of the titles that are coming.”