Northwest Drama teacher retires after over forty-three years of teaching

Drama and acting teacher Steve Landes is set to retire at the end of this school year after teaching for forty-three years, causing present and former students to reflect on how Landes impacted their lives. 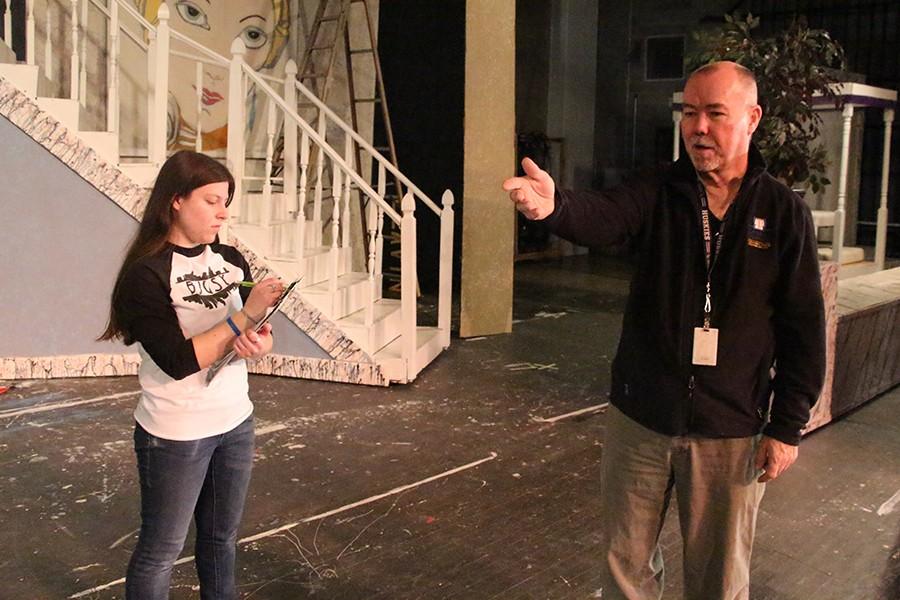 Drama teacher Steve Landes during practice for the winter musical, "Nice Work if You Can Get It."

After teaching at Northwest for nineteen years, theater teacher Steve Landes plans on retiring at the end of this school year. His final musical director position at Northwest was for the winter musical, “The mystery of Edwin Drood.”

“It is my time,” Landes said. “I am old enough to retire and I am looking to do something else.”

Former student Lachlan Layt has known of Landes’ plan to retire at the end of this school year since last year. Layt wishes for Landes to know of his gratitude and the inspiration Landes was to him.

“I want Mr. Landes to know how grateful I am that he was able to teach me and inspire me to dedicate myself just like he does,” Layt said.

Prior to teaching at Northwest, Landes had previously taught at 3 other school’s. The lessons he learned at each school, Landes said, all had an influence on his teaching.

“Each of the experiences [at the other school’s] was positive and you learn from all of them,” Landes said.

As senior Hailey Burgess completed her last high school musical, “The Mystery of Edwin Drood,” Saturday night, she reflected on all that Landes has done for her in the six years they have known one another, along with the challenges Landes was able to overcome as a high school theater teacher.

“He really does care a lot about all of his students and I’m really appreciative of the hard work he puts in despite some of the difficulties that come up when trying to put on a full production show at a high school,” Burgess said.

Seeing students go into theater related work, Landes said, is what makes him feel that he has achieved something from a teacher’s perspective.

“I just think all of the kids that I have been so enthusiastic about [drama] through the years and have gone on to try to have careers in the theatre is sort of my accomplishment,” Landes said.

The admiration Layt shares for Landes, Layt said, goes beyond the lessons he learned in theater.

“The time I spent with him showed me how much dedicating yourself to what you’re passionate about can influence those around you,” Layt said.

As the lead in the school musical, Burgesses thanks Landes for many of the skills she has learned through the school drama department.

“He has been able to shape me as an actor and help me grow in my experience,” Burgess said. “He has always been a part of my theater experience at Northwest.”

Looking back at his career, Landes struggled to find one particular event that he found to be his biggest accomplishment. Despite awards he has received, Landes said, the experiences he has gained is what matters most.

“I’ve gotten awards for different things and so forth, but those things don’t really matter that much to me,” Landes said. “It’s about the experience and the people you meet along the way.”