SnapChat video at the heart of school threat

There was an increased police presence Monday at BVNW following a threat against the school. The suspect is in custody and the additional protection will be extended into Tuesday. 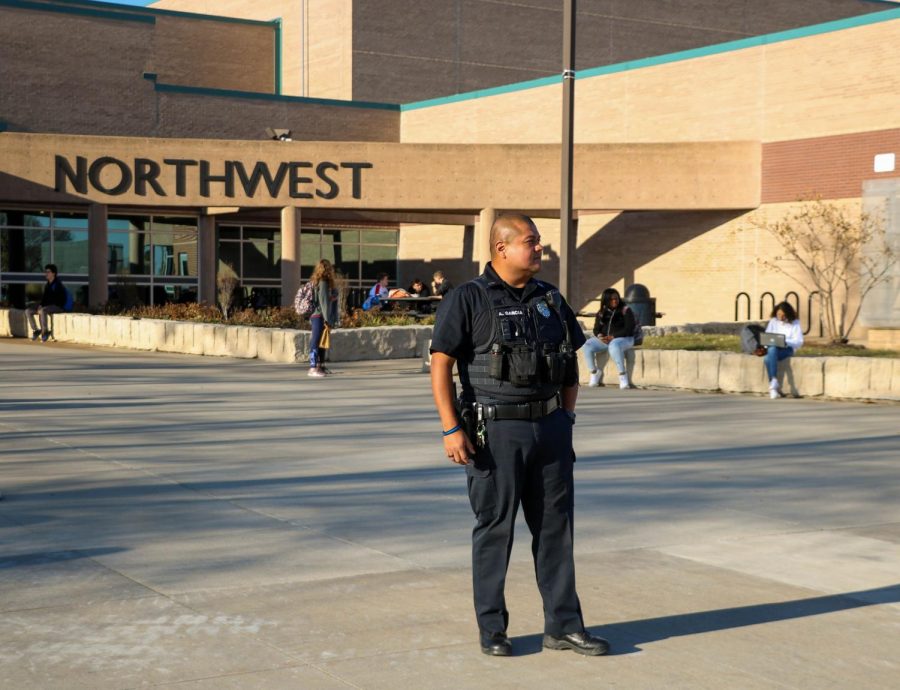 BVNW SRO Anthony Garcia stands outside the main entrance for dismissal Monday. There was an increased police protection at BVNW in reaction to a threat against the school.

Due to a threat made against Blue Valley Northwest Sunday night, there was an increased police presence on campus Monday morning. School Resource Officer Anthony Garcia said although not explicitly visible throughout the day, it doesn’t mean that there was no added protection on school grounds. Garcia also confirmed that the additional police presence will be extended to Tuesday.

“We had officers inside the building at the main entry points throughout the building (during the morning), and we also had even some officers out in the parking lot that were in unmarked vehicles,” Garcia said. “I know sometimes the perception is that there isn’t a police presence, or maybe that we’re not here, but, we absolutely are. We take safety and security very seriously.”

In addition to the extra police presence at Northwest, the suspect who issued the threat has been in custody since Sunday night, according to an email sent to the student body by Principal Amy Pressly, who is currently out of town with family for the Thanksgiving break.

Associate Principal Tyler Alexander refused to comment about the threat against the school.

Partial lyrics to the rap, which are allegedly not considered a specific threat, are:

Popping all these shots; ya, I’m popping while they talk.”

We will update the story as we gather more information.