The SAFE club is working to prevent automobile fatalities by encouraging students to wear seatbelts. 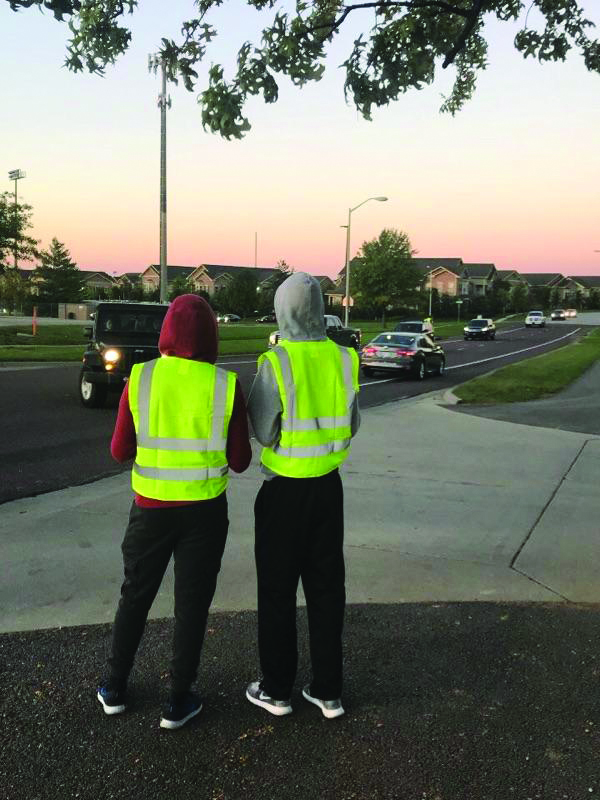 "It is so sad to me, because those are lives that could very well be with us today, but ended all over something stupid," Ayers said.

Every hour, two teenagers die due to a car wreck. According to the website Driving Laws, in over half of these deaths the teenage driver did not have their seatbelt on during the time of the accident.

Established to save lives, the SAFE organization seeks to decrease the number of students driving without their seatbelts on.

According to Blue Valley Campus Officer Anthony Garcia, the SAFE program, which stands for Seatbelts Are For Everyone, was established in Kansas due to high teenage fatality rates in the south and south-western parts of the state. Garcia said the SAFE program is being implemented or is already active in 40 percent of schools across Kansas. The SAFE organization approached Garcia about bringing the program to BVNW, so statewide seat belt violations could possibly decrease.

SAFE’s program is self-sufficient when it comes to getting funding. For every seatbelt infraction a police officer writes up, a portion of that fine goes back into SAFE club and education for seatbelt usage.

The club is sponsored by the BVNW SRO officers, which allows them to use their past experiences to benefit the club.

A member of the SAFE club, junior Drew Ayers, believes violations of the law, such as not wearing a seatbelt, are in need of correction for the purpose of saving lives.

“Everyone knows someone that’s been hurt by a distracted driver, or hurt from not wearing their seatbelt. This is a widespread thing that has escalated” Ayers said. “Having that seat belt on really protects them.”

Ayers has personal aspirations for life after being in the SAFE Club.

“I want to be a police officer later on in life, and I’ve found that working hand-in-hand with the SROs, there is so much valuable life experience that you can learn,” Ayers said.

The club has spent their time analyzing seatbelt usage from students as they arrive at school and documenting seatbelt violations and distracted drivers. Later in the year, they plan to step up their efforts by partnering with local law enforcement agencies in order to enforce seatbelt infractions.

Mary Waxman, a member of the SAFE club, said that so far they are just recording driving infractions, such as not having a seat belt on while driving.

“We are trying to keep an eye out for it right now,” Waxman said, “This is like your warning.”

Although BVNW has not shown an overwhelming problem with seat belt usage and distracted driving among students, Waxman said the SAFE club is still needed.

“There’s not that many who don’t wear seatbelts or who are distracted, but you realize the few that are it could be somebody that you are driving with,” Waxman said.

Garcia said distracted driving is becoming a greater problem among teenaged drivers, which will become a focus of the club, along with increasing seatbelt usage.

“Rarely are there severe injury or fatalities, because students typically wear their seatbelts, which is good,” Officer Garcia said. “Where we do see a higher fail rate is the distracted driving.”

In order to decrease distracted driving and increase seat belt usage, the SAFE Club plans to use a crash simulator to educate the student body about its dangers.

“We’re going to be bringing in a nice machine from the Kansas Highway patrol it’s a crash simulator,” Ayers said. “We want students to know what it’s like [to crash]”

According to Ayers, along with using the educational material provided by law enforcement, he is hopeful that SAFE Club will make an impact with their educational program.

“The more information we get out there for the students to use, the more people we can help,” Ayers said. “SAFE is about saving lives.”