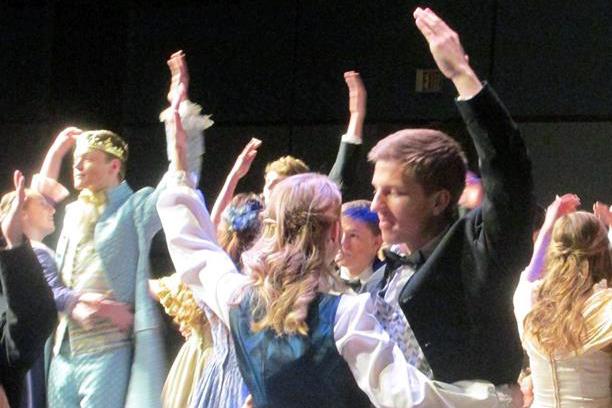 Resilience, loyalty, vocal ability — these are all things junior Blake Rohrer will be remembered for by his friends and teachers. According to them, he was someone that greatly impacted those around him, whether he meant to or not.

Juniors Bunty Dey and Ben Wakefield were friends with Rohrer long before he came to BVNW. Dey recalled how Rohrer was someone that was always around, someone that could be counted on.

“He was the kind of person that was cool with pretty much anything,” Dey said. “He would always be smiling; he was just a bro, just (a) funny, laughing, fun guy to have around.”

Wakefield described Rohrer as a drifter, saying that he would always blend right in with anyone he hung out with, no matter the circumstances.

“Blake was a drifter,” Wakefield said. “He could go from any friend group around anywhere and just immediately and always be liked universally by everyone.”

Junior Daniel Huynh, Rohrer’s best friend, said he became who he is today because of Rohrer. He said Rohrer helped him out when he was new to the school district freshman year.

“Blake was actually one of the first people that came up and talked to me, and he actually broke me out of my shell,” Huynh said. “That’s how I act today — I’m more outgoing, I talk to people about a lot of things, they say that I’m really open to them, and that’s only because of Blake.”

Rohrer was also known for his musical talents, participating in both chorale and the chamber ensemble this year. Choral director Kevin Coker said today it was still too soon for him to go public with any comments about Blake.

Huynh said getting into the chamber singers choir was a dream he shared with Rohrer. He remembers how hard-working and dedicated Rohrer was even after they had achieved that dream.

“I know that Blake [has had] a strong impact on the choir program here because he worked so hard in choir,” Huynh said. “He would spend hours on end at his house just sight reading and just working on his songs…and then he would have it memorized the next day.”

While Rohrer was a tenor in the choir program, Huynh said Rohrer always wanted to be a countertenor, or a male alto.

“[That] was an extraordinary thing,” Huynh said. “I just want people to know that heaven will have a countertenor in their choir finally.”

In addition to choir, Rohrer participated in his first musical, “Cinderella,” in Feb. He played the role of a coachman.

“He was an interesting person during the musical,” Huynh said. “He couldn’t really dance; he was strategically placed in the back so I was trying to help him out…but it’s kind of like he was dancing with two left feet.”

While Rohrer was known for what he did in the choral program at BVNW, math teacher Sherry Vore remembers him for his resilience in the classroom. At the beginning of the year, she said he was missing a lot of homework for his AP statistics class. She said he came in nearly every day for at least two weeks for help.

“He really pulled his grade up at semester, [and then at] second semester…he was amazing,” Vore said. “It was almost like he figured out ‘Wow, I can do this,’ and just blossomed. I was so proud of him. He stuck it out and he didn’t give up.”

Vore said Rohrer stood out from most of her students because of his outgoing personality. She said she was surprised by how well he fit into an almost all senior class.

“I always think the juniors don’t know very many seniors and so they’re always kind of feeling a little awkward and kind of out of place, but the seniors were like ‘I want to sit by Blake,’” Vore said. “Everybody liked him; he had a lot going for him.”

The day after Rohrer’s death, school administration said it was acceptable for students to wear beanies to school to show their support. Students used the hashtag #BeaniesforBlake on Twitter as well. Sophomore Analeigh Harris said Rohrer’s love for beanies really came out after a comment she made when he wore one to her house.

“I said ‘Oh, you look so cute,’” Harris said. “And being a boy, and also being Blake, he went out to the mall the next day and called me…he was like, ‘I bought seven beanies, I found one that fit and I just bought seven in all different colors.’”

Dey said the presence of Rohrer will be missed by everyone who knew him. He said the death was not something that affected a single friend group; it affected a whole community.

“I’m just so glad that I knew him and was friends with him,” Dey said. “Above all, I’m glad for the time I had with him.”

Huynh agreed, saying that Rohrer had an impact with everyone he came in contact with, even if he simply greeted them in the hallway. He said he hopes Rohrer’s personality and character will be shown in people’s actions and how they go about their days.

“Blake was a strong person and he was a person to lean on,” Huynh said. “I hope that everybody can act like Blake in that way.”

Rohrer died in a car accident on Wednesday, March 4.