Choir students and audience members reflect on their experiences with Husky showcase. 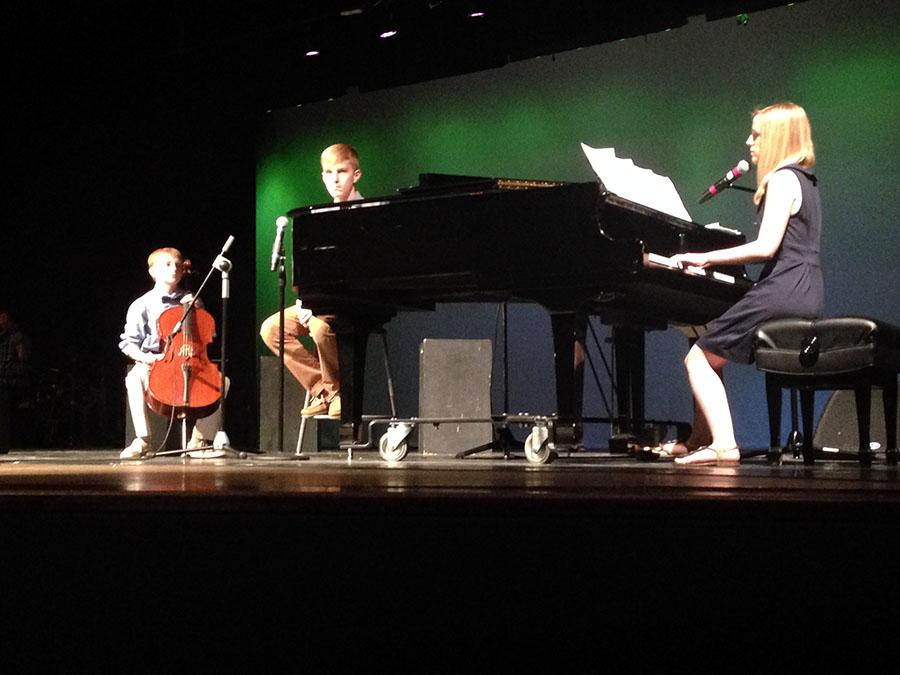 For the first time, this year’s annual Husky Showcase took place on two nights: Thursday, May 8 and Friday, May 9. Families, friends and students piled into the PAC taking up almost all the seats to watch the BVNW students and choir perform with a live band playing behind them.

Many students auditioned for either a solo, or a duet. The choir classes performed popular pop songs like “Dark Horse” by Katy Perry and “Counting Stars” by OneRepublic, among others. A majority of the songs performed were covers of today’s popular genres, but senior Dylan Martin had a solo act on Thursday performing a song he wrote himself.

“I sang a song that I wrote called ‘Live for Today,’” Martin said. “I really like the aspect of being able to express myself and express emotion I feel through a song to other people.”

Preparing for Husky Showcase is a lot of nerve-racking work, according to sophomore Tasia Jewel. However, Jewel said she loves singing pieces that the audience really enjoys. Thursday night she did a duet with sophomore Jade Hensley, singing “Gone Gone Gone” by Philip Philips, and a solo Friday night singing “Don’t You Remember” by Adele.

“My favorite part is realizing that we get to perform on stage for people,” Jewel said. “The audience has been at our concerts all year, but they look forward to Husky Showcase because it’s something new and it’s something different.”

Choir teacher Kevin Coker defined Husky Showcase as a pop concert, with songs ranging from Johnny Cash to Justin Timberlake. Coker instructs the choir classes during the school day for the pieces they put on during the show, but all solo and duet acts are practiced outside of school. Coker agrees that the Husky Showcase is something different, unlike other concerts.

“I think there’s just a lot of energy that surrounds [Husky Showcase],” Coker said. “Whether it’s because of how packed the PAC is, or because there’s a live band, or for whatever reason it is, there seems to be a lot of positive energy around the event. It makes it a lot of fun to be a part of.”

On Thursday night, freshman Maggie Manning sang a cover solo act of Adele’s song “One and Only”. Not even half-way through the song, Manning had the audience cheering for her, and was later surprised with a requested encore performance.

“I was surprised at the reaction I got,” Manning said. “This has definitely been a different experience but it’s been really fun. There’s so much talent in this school.”

Senior Kevin Murakami said he’s glad he stuck with choir throughout the years, and is thankful for all the people in his life. According to Murakami, the show was amazing with spectacular individual acts.

“This was my fourth year doing it,” Murakami said. “It’s just a rollercoaster of fun and I’m really happy I got to perform again.”

Sophomore Amber Munir came to this year’s Husky Showcase and said she believed the performance was amazing and all the performers were extremely good.

“They’re the kind of people I would think would go on to become professionals,” Munir said. “If you heard them on the radio, you wouldn’t know they were high school students.”