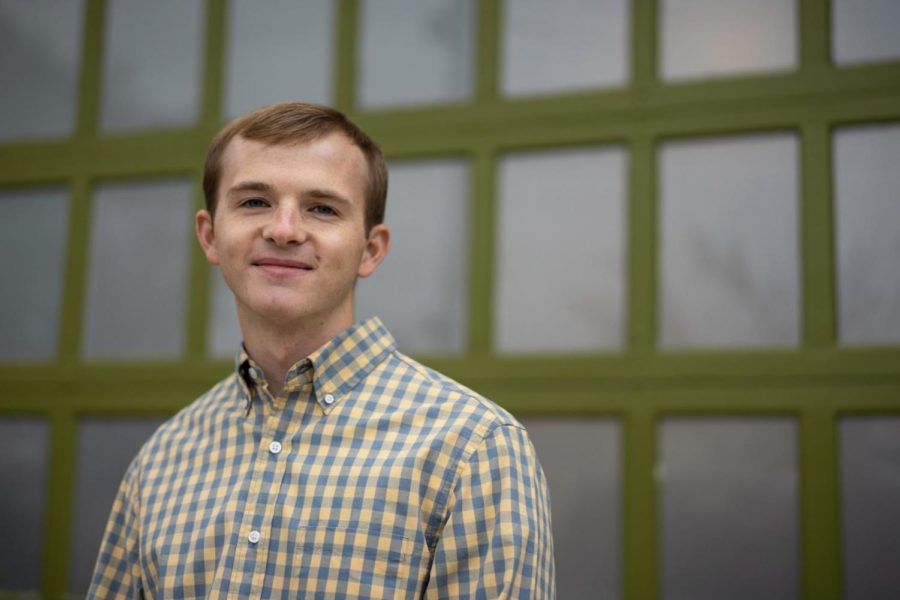 Senior Cameron Quick was recently accepted into the UMKC School of Medicine’s B.A./M.D. program, which is a six year program that allows students to earn both a Bachelor of the Arts degree and a Doctor of Medicine degree.

Senior Cameron Quick was recently accepted into the UMKC School of Medicine’s B.A./M.D. program. This program is for individuals who are interested in pursuing a career in the medical field. The UMKC medical program is a six year program that allows their students to earn both a Bachelor of the Arts degree and a Doctor of Medicine degree. Quick said he has been interested in this program for about a year.

“I was interested in it since some of my peers that I know are in the program right now, [and they] told me about it, it was about a year ago [when] I started applying to colleges” Quick said. “My mom also brought it to my attention because I didn’t know that it existed.”

Quick’s parents, Matthew and Kris Quick, said they are grateful that he gets this opportunity and are confident he will do well in this field.

“I think he’s gonna make a great doctor. He’s a really compassionate person, and he interacts well with other people and he’s very caring,” Kris said. “I think he is also very hardworking, he has the skills and determination to make it through all of the schooling that is going to be needed to make medicine a career so I think he’s kind of a perfect fit.”

“He’s had a variety of interests as a kid growing up,” Matthew said. “So there’s been kind of different phases along the way, but I would say that his interest in the medical field, in particular, took on a real focus and a growing focus during his high school years.”

Quick said that both anatomy teacher Keri Schumacher and chemistry teacher Nanet Sula have been very influential teachers during his highschool career.

“I think [Schumacher] really helps me to explore my passion with healthcare and anatomy. And through the chemistry classes that I’ve taken with [Sula], I’ve learned that I enjoy chemistry based problems, and the nature of chemistry related science,” Quick said. “I think, you know, some of it was just my passion for science and the complexity of the human body.”

Knowing Quick since his freshman year, Schumacher describes him as very inquisitive and fun and she also mentioned that he likes to learn. Schumacher said she was not surprised when Quick told her he was going to attend UMKC.

“I’m super excited for him. I knew that was his top choice and it’s always fun to see students get into the places that they’re best looking forward to going into, but I also feel that he’s gonna be really successful in that program” Schumacher said.

Both Quick and his parents have said that they are very grateful and excited for this opportunity.

“We’re just incredibly grateful for the staff and faculty at Northwest that have not only prepared him well in the courses but also served as references on his behalf,” Matthew said. “He’s also just had just a ton of super supportive friends who have rooted him on along the way.” Matthew said.

Quick said the UMKC School of Medicine’s B.A./M.D. program was his top choice so when he found out that he was accepted into the program he was both excited and surprised.

“I was super excited to hear that news and to be honest, I was a little bit surprised, just because it’s a really competitive program, and the majority of kids that get into it are from Missouri since it’s a Missouri-funded school,” Quick said. “So yeah, I was just really happy and thankful.”

Quick’s parents have said that Quick has done extra work both in and outside of the school community so that he could have the experience he needed to be prepared for the interview process as well as be able to prepare himself to be successful in the program.

“We know he’s worked super hard especially during his high school years to take rigorous courses at Northwest [and] be involved in a wide range of extracurricular activities in Northwest and beyond,” Matthew said”He certainly worked diligently to prepare for the application and interview process with UMKC.” Matthew said

Senior Raabia Qureshi was also accepted into the program. Qureshi said she has been interested in the program since she was in seventh grade.

“I have wanted to go to the program ever since 7th grade, I had family friends whose daughters got into the program and at that point medicine was something I [already knew I] wanted to do, time is something that is really important to me, so I thought that would be the best option for me.” Qureshi said.

Like Quick, Qureshi has also put in extra work so that she could be accepted into the program. Qureshi believes that there are two main areas to focus on when trying to put in work to be accepted into this kind of program. These two areas are academics and being active in the community.

“I focused on both but I think for me I wasn’t too concerned about [maintaining] a 4.0 GPA, for me it was more like getting involved and just staying as involved in the community as possible so it makes me a fit candidate for the school.” Qureshi said.

Kris said that she believes Quick portrays some of the qualities that the program might have been looking for when deciding which students would attend.

“I’m assuming they were looking for students who had explored what a career in medicine looks like. So whether that was through volunteering shadowing through summer camps, which he did all three of those,” Kris said. “I think they’re looking for kids, who can take on an accelerated pace, and have demonstrated leadership.” Kris said.