Return to the spotlight

Set to release his first full-length album “Strays” with his newly-formed band, Radar State, 1996 Blue Valley Northwest graduate Josh Berwanger returns to the life on the road as a touring musician. 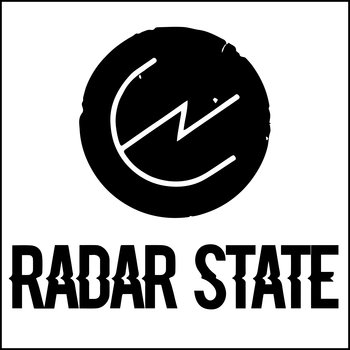 After graduating in 1996, musician Josh Berwanger has performed across the world with three different bands. He attributes his passion for music to his exposure of playing the guitar at Blue Valley Northwest.

Berwanger’s love for music started at a young age and developed during his time at Northwest. He said the annual talent show was what introduced him to the instrument.

“There was a group of people that played music, and they didn’t have a guitar player so they asked if I wanted to play guitar,” Berwanger said. “That’s what kind of got me going to music and to start my first band.”

Music has always been a part of his life, Berwanger said, beginning with his growing collection of record albums and tapes coupled with his love for punk rock developing as early as nine years old. He said he was inspired to continue playing the guitar because he craved improvement and its success.

“Once that talent show happened, I started playing with these other guys and I just kept going, with the hunger to be more serious and get better and continue to learn,” Berwanger said.

With this in mind, Berwanger created the band The Anniversary. Berwanger said he used the band as a way to improve his writing and create fresh music, and used inspiration from any genre he could think of from his “all over the place” collection, including jazz, blues, country and rock and roll.

“We’ve always wanted to do something more serious,” Berwanger said. “Instead of just trying to do these punk songs we wanted to expand our horizons and push the boundaries on learning to be better songwriters.”

Berwanger was lead guitarist and singer during his time with The Anniversary and traveled across the nation, starting in venues in Lawrence, Kan.

Despite success between their two albums, “Designing a Nervous Breakdown” and “Your Majesty,” the Anniversary band broke up in 2003, prompting Berwanger to start his second band, The Only Children.

Chris Jankowski, drummer for The Anniversary and The Only Children and graduate from Blue Valley High, said Berwanger has influenced him and other bandmates when it comes to expanding to other styles of music, especially when they made the switch from the emo and punk rock style of The Anniversary to the country rock approach of The Only Children.

“He does a great job and writing multiple genres of music,” Jankowski said, “which I would say would help the other musicians transforming their music into helping out with that genre as well.”

After releasing music with this band off-and-on until 2007, Berwanger said he decided to take a break from music. Looking back, he realized there was no way he could get away from music, something he said he loved. With his passion in mind, he started the band Radar State.

“If you love something, you can’t escape it.” Berwanger said. ‘If you try to escape that, you’re miserable, and you can’t let anyone tell you what you can’t do.”

Adam Phillips, current bandmate with Berwanger in Radar State, brother of one of Berwanger’s BVNW classmates and longtime friend, said Berwanger brought him into Radar State to play the drums and is repeatedly amazed of what Berwanger continues to bring to the band.

“[Berwanger] does all of the visual stuff with the band, too,” Phillips said. “He’s a super strong force in the band, I love working with him.”

Formed in 2017, Berwanger said he wanted to use Radar State as a way to write music as he did when he was younger, but put a new twist in the songwriting.

“The idea behind it was to not think, just write songs, like fast rock and roll songs,” Berwanger said. “That’s what we were originally doing in high school. Now, I’m much older so I have a lot more knowledge of how to write songs like that, but it’s still comparable to what we did in the 2000s.”

He uses past experiences to influence his lyrics in the songwriting process, and he said he is eager to use inspiration to create something, whether it’s a melody or lyric.

“Sometimes you’re just driving and you’re going through some experience in life…for me, it’s either a lyric or how I felt about a situation that comes to my head… and anytime that happens I feel like I have to share something or I need to get something out,” Berwanger said.

With their release of the full-length album “Strays,” Radar State will begin their first headlining tour across America beginning Jan. 24 in Allston, Mass. Phillips said tour life with the band has always been fun and they have good times traveling together on the road. Berwanger mentioned the best part about touring is revisiting old venues and meeting new people.

“[The best part about tour is] just experience in the city, the places you’ve been to and still meeting new people. I mean obviously hanging out with the band, especially in Radar State, is entertaining, too, hearing their stories and learning about them,” Berwanger said.

Being able to continue to create music and pushing through difficult periods in his music career are some of the things Berwanger said he learned from touring.

“You want to keep going, keep pushing,” Berwanger said. “You don’t settle, because the minute you start to settle you stop listening other bands, stop playing and shows that you start getting worse at your craft, your art.”

Berwanger’s upcoming solo album, “Berwanger,” is set to be released in June 2019, which Berwanger said it is the most intimate record he has created. Berwanger said he wants to use it as a way to help people get through similar situations he has found himself in.

Jankowski, who is also working with Berwanger in his solo project, said Berwanger has another side to him that not everyone sees. Although he is good-natured and friendly to others, Jankowski said Berwanger’s music is personal and keeps him reserved.

“He’s very easy to talk to,” Jankowski said. “He could build relationships very easily with people. But he also has that side of it that a lot of people don’t see.”

Phillips said Berwanger is a joy to work with and his hard work through the songwriting and visual art is apparent in the band.

“I think his artwork is beautiful,” Phillips said. “I love the way he writes songs and sings and plays, and I love the way all of his visual art comes together. He’s a beautiful person, solid gold inside and out, sweet and fun and just a pleasure to be around and a pleasure to work with.”

Radar State’s “Strays” is available on all streaming services and he started his tour at the RecordBar in Kansas City Feb. 1.