Band and choir travel to Los Angeles over Spring Break

Members of the BVNW band and choir went to Los Angeles March 16-19. 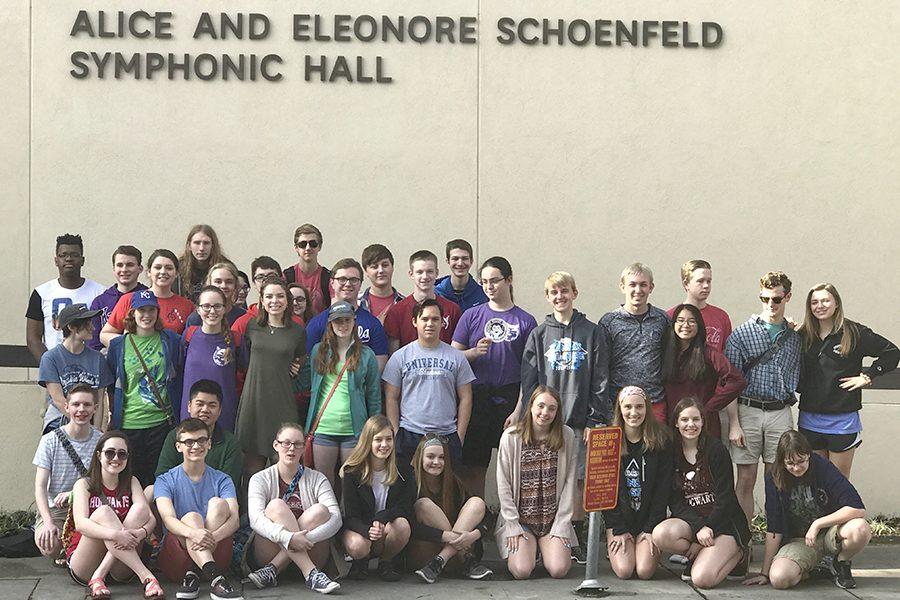 A total of 86 members of Wind Ensemble, Chorale and Chambers were scheduled to depart for Los Angeles on March 16. They competed in competitions and attended workshops until their return on March 19.

Richey-Sullivan, who lived in Los Angeles for 11 years and taught at Hoover High School, said her extensive knowledge of the city makes Los Angeles a perfect fit for the trip.

“[Los Angeles] was an easier trip to plan [than other cities], and I have a lot of contacts there,” Richey-Sullivan said. “I’m just looking forward for the students being able to experience all the things I love about Los Angeles.”

Junior Ben Murdock, a member of Wind Ensemble, said Wind Ensemble is the highest ranked out of the three ensembles in band. Murdock said applying to go on the trip was based on students’ band auditions for the previous year.

“The Wind Ensemble had the ability to go and they could opt out of it if they weren’t able to [go because of] other family trips, spring break, or if the cost was too much for them,” Murdock said.

“It’s cool to see the coming together of a couple different groups,” Murdock said. “This is one of the few times that we get a band and choir trip together.”