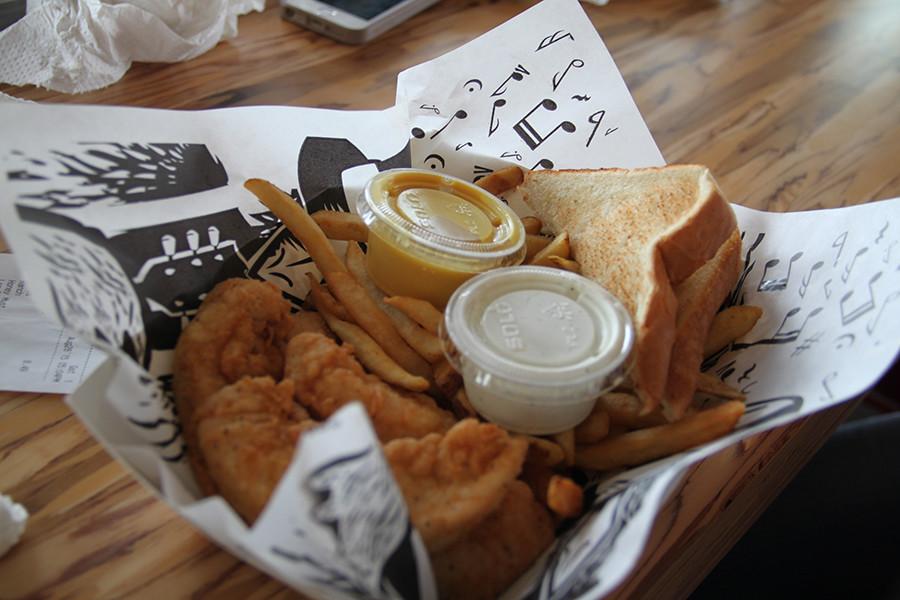 Walking into the metal, barn-like building on 135th Street, I noticed that the atmosphere was very relaxed for a fast food restaurant. After waiting in the busy line and ordering, I was handed a number and proceeded to seat myself in the dining area. The modern interior consisted of many booths and tables as well as a long table in the center of the dining area. There was a small eating area outdoors, too, which would be a nice option had it not faced the traffic of 135th Street.

The made-to-order food was brought directly to my table. I ordered the restaurant’s signature dish, the Slims Plate. It came with three chicken strips, fries, a drink, Texas toast and a choice of two dipping sauces, all for about $9. The entire meal was absolutely delicious. My personal favorite part was the fries, which were seasoned and cooked to perfection. The sauces I chose were ranch and honey mustard, which are two of the 10 kinds of sauces offered. The fact that the sauces were homemade made them that much better.

Overall, the casual atmosphere and great food made for a restaurant that’s worth returning to in the future. Whether you’re sitting down to dine in or pulling through the drive through to pick up your food, Slim Chickens will pull through for you.